Booze News You're Certain To Use 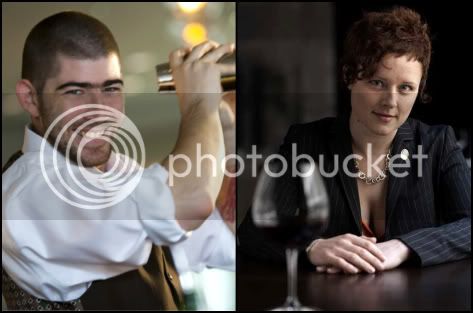 Sable's head bartender Mike Ryan and Master Sommelier Emily Wines will compete in a wine vs. whiskey challenge at the restaurant in October. (Photo: Kimpton Restaurants)


Whiskey vs. wine. How can you possibly make up your mind?!

You'll get your chance to decide which pairs best with bites during a special dinner at Kimpton's Sable Kitchen & Bar in October.

Read more »
Served deliciously by 312 Dining Diva at 12:30 PM No comments: Links to this post

Noted author Ernest Hemingway was a big fan of chef Georges "Kiki" Cuisance's food back when he was cooking at various restaurants in France.

So we can only imagine how thrilled Cuisance was when he was asked to host a three-course, Hemingway-themed dinner to launch the book, "Hunting for Hemingway," written by Diane Gilbert Madsen.

Read more »
Served deliciously by 312 Dining Diva at 10:49 AM No comments: Links to this post