Cafe Matou (1846 N. Milwaukee, 773-384-8911). "(The) daily changing menu—think bouillabaisse, Bordeaux-braised lamb, apple beignets with house-made caramel ice cream—reflects the seasons and (Chef Charlie Socher's) Paris culinary training. But don't expect frou-frou food here; instead you'll find hearty French comfort with nary a pretension in sight. And the same can be said of the cozy interior, with its exposed brick walls, tin ceiling and art from local artists."—Lisa Shames (UR Chicago) Read it all here.

The Dirty Libertine (1615 N. Clybourn Ave., 312-654-1782). "While Galzin’s pissaladière (flatbread) topped with sweet caramelized onions, briny anchovies and picholine olives isn’t exactly an original, it’s executed pretty remarkably, with a bubbled, crispy crust that could convince you there was an in-house wood-burning oven (there’s not). The chef also shows some skill with one of the easiest Italian creations to mess up—his gnocchi were perfect, plump little pillows swimming in brown-butter sauce with sage and roasted squash. The dish’s only fault was the dry and somehow stringy pork belly."—Heather Shouse (Time Out Chicago) Read it all here.

Local culinary scene is spotlighted in upcoming episodes of "Top Chef," says The Stew, even though the show doesn't officially launch until mid-March. 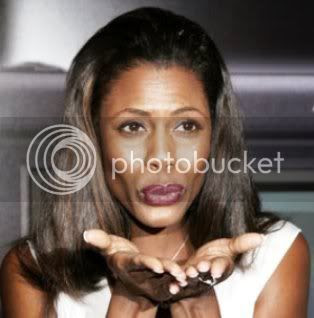 
This has gone too far. This thing on Donald Trump’s so-called “Celebrity Apprentice” show to an extent that I’ve completely lost respect for him as a businessman.

I’m talking about Omarosa Manigault-Stallworth, whose performance on the show last night was so ridiculously obnoxious that it's making me rethink supporting his ventures in Chicago. Yes, the new Trump Hotel, which includes the just-opened Sixteen restaurant and Rebar lounge.

I watched in horror as Omarosa verbally attacked one of her team members, British journalist Piers Morgan, with vulgar, violent language that belonged on a street corner instead of a professional environment. She also lashed out at him through his family, which was a low blow—even for her. For her disgusting behavior, she was barely admonished by Donald and Ivanka Trump when she should have been dismissed on the spot. (Any real job would've done that!)

And yes, as a professional African-American woman I felt as though I was slapped in the face. Trump and company looked at Omarosa as though the way she behaved was normal for all Black women: loud, vulgar and untameable. No, it's not. And I won't stand for it. I had been looking forward to his hotel coming to Chicago since it was first announced, but now I'm so over it.
Served deliciously by 312 Dining Diva at 12:00 AM No comments: