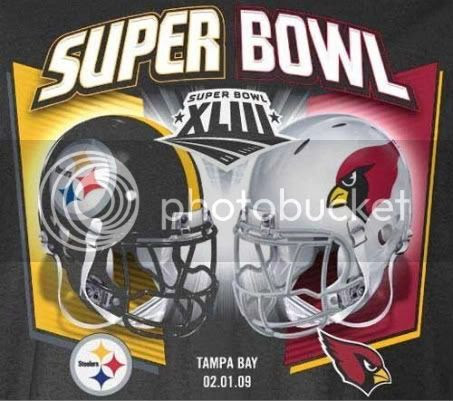 EDITOR'S NOTE: Intern Suzy is back!

Come Feb. 1, football season reaches its ultimate Super Bowl climax and that means I’m on it with an amped-up house party to match.

Party task number one: Feed the masses. Since there’s just no avoiding the stadium-style food cravings an event like this brings, restaurants and caterers around the city stock up with a massive supply of wings, chili, quesadillas, and plenty of chips and dip. So while the Cardinals and the Steelers battle it out on the field, the only reason for being in the kitchen is to grab another beer.

Matt Bishop of 1st & Fresh Catering says the host shouldn't miss out on anything, and we like the way he thinks. He’s prepared a special football fiesta menu, bringing all the food you need hot and fresh to your door (with silverware and plate necessities included). Menu items include beef chili, a nacho bar, sub sandwiches and five different dips, including caramelized onion with potato chips. Prices range $1.99 to $4.99 per person with a $50 minimum.

For a little fun and some extra fuel on the football fire, America’s Dog offers their rivaling hot dogs. Served within a classic Vienna hot dog cart, these dogs are themed after the rivaling football teams. Regardless of the game’s outcome, guests can battle it out for the winner of the best dog by choosing between the Pittsburgh dog (topped with chili and spicy mustard) and Arizona dog (chorizo, nacho cheese, tortilla strips and jalapenos) or go for the original Chicago dog. Orders include chips, one side item and a dessert tray. $6.95 per person. Cart rental deposit and rental fee may be required.

For lovers of Latin, Carnivale presents a takeout menu of Latin fusion dishes to spice up your party. In addition to snacking on guacamole with chips, you can also graze on signature dishes like Ropa Vieja, empanadas, as well as Spanish meats and cheeses. Dishes serve two to four people unless you customize your order for a larger party. Prices range $7 to $25.

The Goddess and Grocer will keep all your guests cheering with its full Super Bowl menu, including house-made dips and chips, bite-sized burgers, wings, brats, quesadillas and a variety of other finger-food munchies. And for a sugar overdose, order a tray of cookies or festive iced cupcakes. Orders can be picked up or delivered for an extra charge. Entrees serve 10-12 guests and range from $50 to $125. Orders must be placed by 3pm Jan. 30.

Salad Spinners offers a variety of appetizer platters and beyond with the ultimate finger food for your bash. Spinners Sliders can be mixed and matched with your choice of Italian beef, BBQ beef and roast turkey for $2 each (minimum 12). You can also try their homemade chicken potpie sliders with a creamy filling of potato, leeks, peas, carrots and sweet onions baked in its own pie tin (minimum 8).

And Silver Cloud celebrates the big day by giving you more for your money. The Cary’em Out menu features favorite classic comfort food in large quantities to go. Walk out with their kick-off Jerk chicken skewers, sack’em Swedish meatballs, blitzing buffalo wings and finish off with their 4th quarter chocolate layer cake. Prices range $25 to $50 and serve parties 12 to 40 people.—Suzy McMillen
Served deliciously by 312 Dining Diva at 7:51 AM No comments: 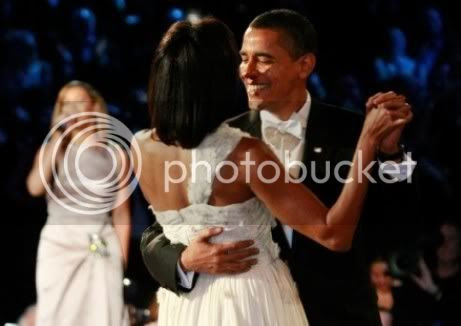 Our new First Couple may be in D.C., but Park 52 on the South Side near their Chicago home keeps them close to heart with a new daily $44 four-course, prix-fixe menu.

The meal comes with a glass of wine, and entrees include blackened catfish, penne pasta with roasted almonds and butternut squash, and the First Lady's favorite dish—Michelle's Grilled Skirt Steak, which comes with hand-cut fries. And speaking of Ms. Obama, at the restaurant's entrance is an original limited edition print of the First Lady by local artist Mickalene Thomas.

Another tribute to our new leader: The Presidential Pairing continues through tomorrow at wine and chocolate lounge Eno, with a glass of Graham Beck Brut (the Obama's fave sparkling wine) and a piece of Gail Ambrosius’ Dark Chocolate covered caramel topped with Fleur de Sel (The New York Times reported it's his fave). That's $15, but if you give the wine manager Obama's Secret Service code name, you'll get it for $10.

The best deal of the day is over at Lincoln Square delight Cafe Selmarie. For $20, you get three courses that includes their soup of the day, the choice between seafood, pasta or BBQ ribs, and a homestyle dessert from their irresistible bakery.

It's all things Aussie at Sixteen, which celebrates the homeland of Executive Chef Frank Brunacci through Jan. 28. Tonight's Aussie Day, with a complimentary wine tasting followed by a special Australian-focused wine dinner with Master Sommelier Serafin Alvarado and Wine Director Steven Lee. Space limited to the first 16 people for the dinner. Tasting is 5:30-7pm. $175.

We love the sound of the King Cole Bloody Mary and Bel Air Bellini, now available on the new brunch menu at Petterino's. It's the ideal spot to check out before heading over to a matinee theater performance nearby. Dig into yummy dishes like the fresh lump crab omelet, baked French toast with apples and cinnamon, Bananas Foster waffle, or crispy chicken hash with poached egg. 11am-2pm. Free valet parking after 1pm.

Fans of hit Fox show "24" will appreciate the new Jack Bauer Power Hour Mondays at Kirkwood Bar and Grill with $8 Miller pitchers, $3 burgers and fries, $5 fish tacos and $14 buckets of Bud bottles. 9pm-2am. No cover.
Served deliciously by 312 Dining Diva at 6:00 AM No comments: