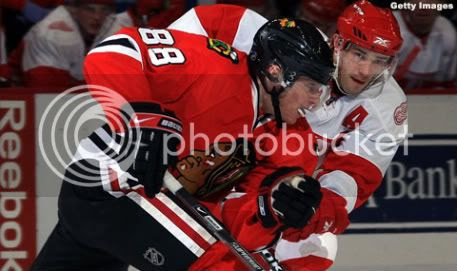 Everyone's excited about the Blackhawks in the conference finals for the first time since 1995, so of course you'll find plenty of deals around town.

We especially dig the one going down at Moonshine, which pays homage to the team with deals on drinks and food on game days.

Moonshine will also give away an official Blackhawks jersey, valued at $150, every game day.
Served deliciously by 312 Dining Diva at 5:46 AM No comments: