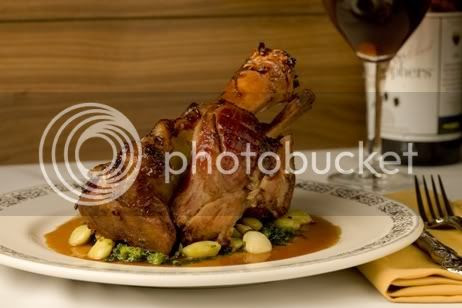 Chef Brian Huston's Becker Lane pork shank should be one of the highlights on the pork-friendly menu at Publican. (Photo: Grant Kessler Photography)


Publican finally makes its debut in the Warehouse District on Thursday. Read here for more info on the long-awaited restaurant from the guys behind avec and Blackbird.
Served deliciously by 312 Dining Diva at 2:28 PM No comments:

There's been so much bad news lately that it's time to hear about something that'll put a smile on your face. We're talking decadent sweets and eats to liquidy treats and jammin' beats to set you off:

The third-annual Andersonville Dessert Crawl happens on Sunday—with two routes to choose from! I'm down for the Rainbow Route (3-6pm), but the Swedish Stroll (1-4pm) sounds just as good. Participants get to check out Andersonville's rich shopping district full of nifty little stores, boutiques and offbeat eateries. Each tour ends at In Fine Spirits for a wine-tasting event. Begins at the Swedish American Museum (5211 N. Clark St). 1-6pm. $25 in advance; $30 at door (if available). Event benefits the non-profit Andersonville Development Corp.; ticket info at 773-728-7552.

Get ready for a goth-themed, rock 'n' roll, black-tie affair at the Park West, as Collaboraction hosts its annual Beggars' Banquet. As usual with this outrageous performance troupe, there will be sensory overload from the moment you walk in the door, from an over-the-top red carpet experience to live music and performances by some of Chicago's scene-stealing artists. Party, of course, includes appetizers, cocktails and a silent auction as this is Collaboraction's primo fundraiser. 6:30pm-midnight Saturday. Call 312-226-9633 for the $175 tix or join the festivities at 9:30pm for the $50 'Bail-Out' ticket. 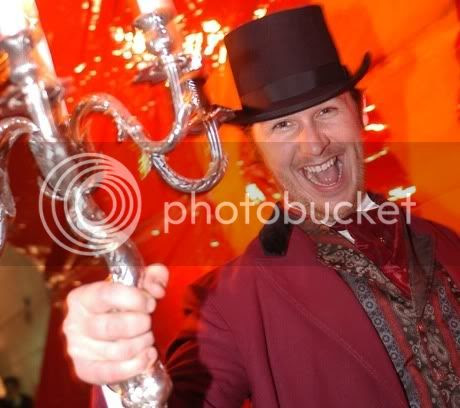 
Next Wednesday is Marche's 15th anniversary, and they're doing it up by bringing back all those wacky events for which they've become infamous. But check this out: They're doing them all in one night! That's right, look for S&M artists, mod burlesque performances and Dr. Seuss characters strolling through the space as guests nosh on signature dishes by former Marche chefs Michael Kornick, John Bubala and Paul Wildermuth. They'll be joined by current chef Matt Tobin. Fifteen raffle prizes will include gift certificates for Marché, Opera, Gioco and Red Light. 8pm-2am. $20 ($5 goes to Perspectives Charter Schools).

And it's the 20th anniversary for Meals on Wheels' Chef Celebrity Ball, one of the biggest cuisine scenes of the year. Just about every prominent local chef is involved as well as several high-profile national stars. Come for vittles by more than 50 chefs, including Jimmy Bannos (Heaven on Seven), Michelle Garcia (Bleeding Heart Bakery), Joshua Linton (ajasteak), Mark Mendez (Carnivale), Debbie Gold (The American Restaurant) and others. Come for the seated dinner, which starts at 6pm and is a hit to your wallet at $350, or head here later for the Indulgence Ball, which includes appetizers, cocktails and live entertainment. That's $125. DJ White Shadow spins. Food fest takes place on the seventh floor of Macy's (111 N. State St.). Get tix at 312-744-2120.
Served deliciously by 312 Dining Diva at 9:48 AM No comments: