Brunch Is Coming to Belly Shack! 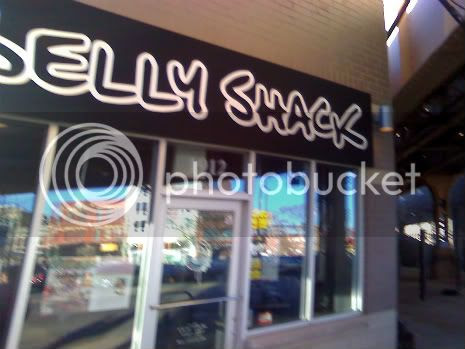 But don't get too excited now, because they're only doing it on a few scattered dates.

You've got this weekend (March 25) to head over to Belly Shack, plus Easter, Mother's Day and Father's Day for dishes like show-roasted pork loin with chilaquiles and red Thai curry sauce; crispy French toast with mango and creme anglaise; and a vegetarian breakfast burrito stuffed with bok choy and Chinese black beans. 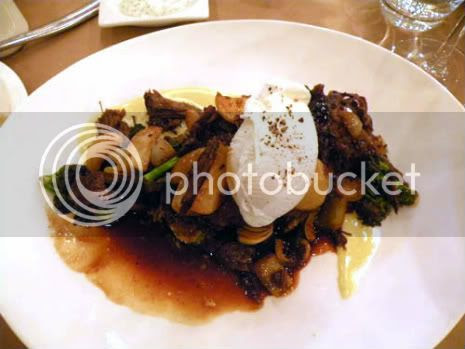 At $18, the Short Rib Eggs Benedict is quite pricy, but the reviewer still highly recommends it: 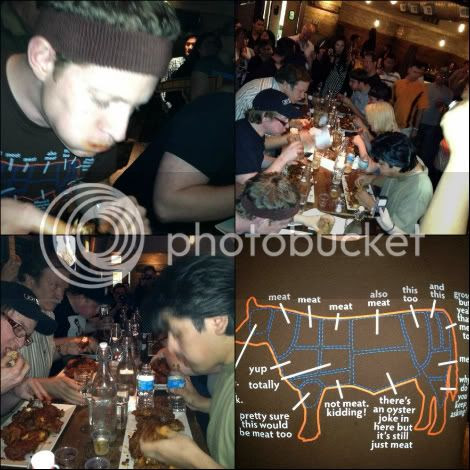 • Nine contestants signed up for the contest. Their task was to see who could eat the most of the 10 pieces of HOT fried chicken boneless breasts within five minutes. No one was even close, so we gave them a few more minutes to compete.

• Brad Boman won, eating all his chicken in seven minutes, leaving nothing but the skin behind. He won $50 in cash, a $50 gift certificate to The Southern, and a backpack filled with Jack Daniels' goodies. All the other contestants won a $25 gift card to The Southern.

Served deliciously by 312 Dining Diva at 6:39 AM No comments: