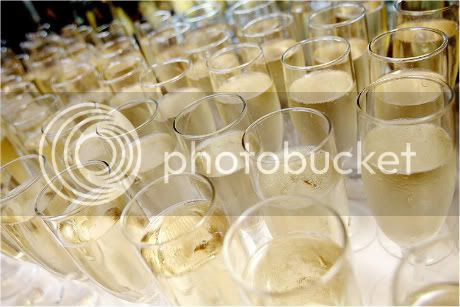 The bubbles are back!

Bubble Bath X is $50, with $5 from every ticket benefiting Horizons for Youth, plus proceeds from the silent auction and raffle sales also going to this worthy organization.

The guys over at BIN 36 are in such a generous mood that they've given 312DD a pair of tickets to give one of my lucky readers for FREEBIE FRIDAY! That person will get to enjoy all the bubbles they can handle, plus signature bites and desserts by executive chef John Caputo.

And if you sample something you especially love, you'll get a 20 percent discount on all sparkling wines and champagnes in the retail store (available the day of the event only).

So I hope you're following me here, 'cause that's the only way to win!
Served deliciously by 312 Dining Diva at 1:00 PM No comments: 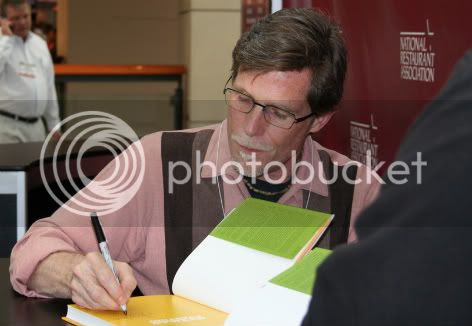 Rick Bayless is chef/owner of Frontera Grill, Xoco and Topolobampo.


A pregnant woman in labor had to have her fix before heading to the hospital, and she paid none other than Rick Bayless a visit.

He Tweeted: "A woman on her way to deliver her baby @ Northwestn hospital decided she had time for chocolate&churros at Xoco first. In dining room now."

Now that's a craving I can get down with!
Served deliciously by 312 Dining Diva at 11:51 AM No comments: 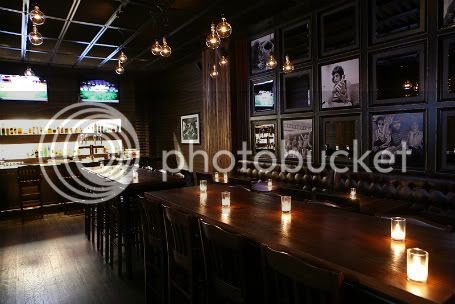 
We all love a good comeback story.

When Colleen Flaherty's diminutive martini lounge was displaced by the city to make way for a new Blue Line stop, we thought we'd never get to taste one of her amazing cocktails again. But she returned with a bigger and tighter mixology program when she relocated Tiny Lounge to the North Center neighborhood earlier this year.

Ousted Funky Buddha Lounge owner Joe Russo disappeared for a few years before he made his triumphant return in the spring with The Shrine, a South Loop nightclub that's successfully drawn the city's top ballers and shot callers.

So now it’s time for Rande Gerber—the guy behind more than 25 Whiskey Bar-branded bars around the world—to step up his game with the Rush Street spot that redefined Chicago nightlife on the Gold Coast.

He's secured a team of local nightlife vets (including former NV Penthouse Lounge GM John Mendez) to bring back the magic that once captured the city's glitterati. Gone is Mexx, a Mexican-themed component with Latin dishes and an expansive list of tequilas. They've returned to what they're known best for—whiskies—and amping that list up in a time when they're more popular than ever.

For sure the most significant change will be a new deejay booth set up in a corner on weekends. Look for the city's most popular deejays to spin mashups, classic rock and contemporary hits.

The project's still a work in progress, but to get a taste of what they're up to, hit up Whiskey Bar & Grill tonight for a soft-opening party hosted by Chicago-Scene. There's a Stoli reception 8-10pm, and a deejay spins. No cover.

Also going down this weekend . . .

It's been open for about a week in its third location on Chicago Avenue, but Lush Wine and Spirits hosts a grand-opening party tonight. Free booze and bites. 6-9pm.

Today is St. Nikolaus Day, so bring the kids to celebrate at The Berghoff. They're doing a special holiday menu, face painting and an appearance by St. Nickolaus himself. Also, children (under 12) who find the traditional pickle ornament in Berghoff's holiday tree win free root beer floats! 11am-7pm.

Speaking of the Jolly Old Elf, he'll also be at Empty Bottle for the Rockin' Santa event. The party benefits School Street Arts, a non-profit dedicated to AIDS awareness among youth. There's a craft/bake sale and lots of booze. 2-5pm. $20 adults; $35 for couples; $5 children (accompanied by an adult).

Volo's annual neighborhood favorite returns. The champagne tasting includes more than 30 wines, and will take place inside and on the heated patio. 2:30-5pm. $25.

Gingerbread-infused pancakes. The Rudolph Bloody Mary. And the Winter Wonderland—made from bourbon and nutmeg. That's just part of the special pre-fixe holiday brunch on tap this weekend at C-House. We also love the fact that pastry chef Toni Roberts will be sending guests off with jars of holiday cookies, including her recipes so you can make them at home. 10:30am-3pm Saturday and Sunday. $25.

And those entertaining folks from out of town will dig the new Sunday Suppers happening at Blue 13. Make your reservation for 7pm to get hearty portions of Chris Curren's cooking. He'll serve everything family-style, and you'll get a main course, two to three sides, a salad and dessert for $20 each. Reservations only.
Served deliciously by 312 Dining Diva at 7:29 AM No comments: