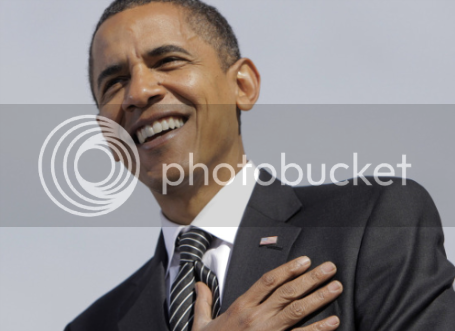 Time to count down to Jan. 20—the historic day when Barack Obama takes his rightful place as the 44th President of the United States of America. And after he's sworn in during the day, he'll be partying all night.

While Obama's setting it off in D.C., we'll of course be partying our asses off here in his hometown, but if you don't have the dough to attend the official Inauguration Ball at McCormick Place, 312DD's got you covered with a number of happenings all over town:

Both Berry Chill locations (also at Ogilvie Station) are giving away free Berry Obama chilled yogurt to customers all Inauguration Day. That's five ounces of original chilled yogurt topped with fresh pomegranate, coconut and blueberries to signify the red, white and blue of the American flag.

Sip La Margarita Del Presidente (a red, white and blue margarita for $10) at Carnivale, as you watch the events unfold on one of the flat screens in the lounge.

Get on the list now for the party hosted by swanky hotel bar Crimson Lounge. Arrive early (8-9pm) for the cocktail reception; stay late for lounging. 8pm-2am. RSVP to gina@crimsonlounge.com for admission.

You can get half-price glasses of wine (regularly $8) at Chen’s Chinese and Sushi while watching the parties and recaps in the lounge.

Chill out in the sexy Cityscape lounge with panoramic views of the city and four flatscreen monitors to watch Obama dance the night away. Specials include the Obama-Tini ($7), plus $4 on house wine and domestic bottles of beer.

Has Obama fever finally reached the Chicago Young Republicans?! Find out at Dugan's Drinking Emporium, as they host an Inaugural After-Party with cocktails and apps. 5:30-8pm. $20-$50 (free for members).

Get an early start on the celebrating at Dunlays on the Square, which opens at 10am for diners to view the festivities all day long. This is the spot to bring the kiddies to watch the historic occasion as they eat free from 4:30-6pm, plus you'll get a free glass of champagne. Also, don't miss out on the $5 OBOMB shots.

The Presidential Pairing happens Jan. 20-23 at wine and chocolate lounge Eno, with a glass of Graham Beck Brut (a reported Obama favorite sparkling wine) and a piece of Gail Ambrosius’ Dark Chocolate covered caramel topped with Fleur de Sel (The New York Times reported it's his fave). That's $15, but if you give the wine manager Obama's Secret Service code name, you'll get it for $10.

A wild time will be had at Kit Kat Lounge and Supper Club as they celebrate with the Alternative Inauguration Day Ball. Party includes complimentary bubbly, half-price martinis (O-Bomb, Go Green), coverage on five giant, gold-framed screens and a Tarot card reader telling you your future under the new leadership. As expected, the sassy Kit Kat Divas will perform. Special party happens 5:30-8:30pm for $25; Kit Kat Divas perform 7pm-1am.

The All-Chicago People’s Inauguration Ball occurs on Jan. 18 at Martyr's, with live ethnic music, poetry and a dance party. Afro-pop ensemble Ghanatta and DJ Warp perform during the dance party, which happens 7-11pm. Hosted by Partisan Arts International. Doors open at 4pm for the all-ages event. $5 before 7pm; $15 after.

Nacional 27 master mixologist Adam Seger shakes up the Heirloom Apple Baracktail for you to enjoy at the restaurant or at home during your own celebration. The refreshing recipe serves four to six, and comes in a glass pitcher with fresh lemon juice, honey syrup, Northshore Gin, one fresh apple and orange slice.

More than 240 flatscreens will show the ceremonies at Stretch Run Sporting Club and Grille, plus they're serving up two $5 cocktails to fit the occasion: Barack on the Rocks (Blue Curacao, orange juice, Sprite) and Barack’s Blue Martini (Vodka, Blue Curacao, lemonade).

Tasting Room's monthly Third Tuesday Tasting event features a special theme to commemorate the day. They're serving up the best vino of 2008, which will include more than 30 rosés, whites and sparkling wine paired with appetizers in the city view lounge. Those wines will also be discounted that evening at the adjacent Randolph Wine Cellars. Space is limited; reservations required. 6-8pm. $30.
Served deliciously by 312 Dining Diva at 7:33 AM 1 comment: