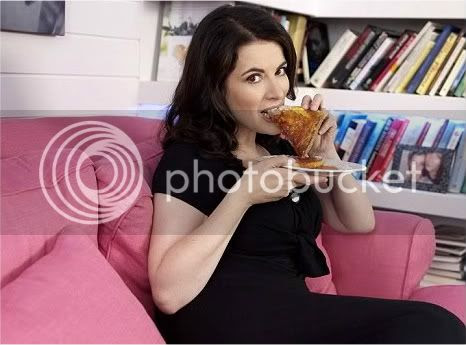 As the signature event of his nonprofit organization Common Threads, it features some of the country's most celebrated chefs, who will serve their versions of global cuisine for more than 500 guests during a walk-around tasting at Soldier Field on March 1.

World Festival happens 6-9pm March 1; $250 general admission, $500 for VIP (for those who want to mingle with the chefs at an after-party at the James Hotel).
Served deliciously by 312 Dining Diva at 2:37 PM No comments:

Sound Opinions on Where To Wine & Dine 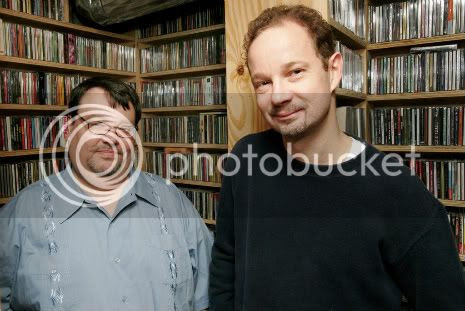 Their comfort zone, of course, is reviewing concerts, but DeRogatis says, "We do know where to catch a great quick bite in close proximity to many of the venues we have to frequent while reviewing shows."

So when Kot hits up a major show at United Center, the classic Italian cuisine of La Luce is calling his name.

"They do a great Bolognese sauce, have a nice selection of red wines, and have ample street parking out front," says Kot. "Plus, you can avoid the over-priced options at the United Center, and have a romantic, civilized time before experiencing what is likely over-the-top arena rock spectacle."

When DeRogatis catches one of the many hot rock, pop or jazz bands playing at Aragon, Riviera or Green Mill, his go-to dining spot in the area is Silver Seafood for authentic Chinese food.

"This is an old-school joint, with garish décor, horrendous bright neon lighting and lobsters swimming in a big cloudy fish tank, a few reasons you know it’s the real deal," he says. "But the best evidence of its excellence is the fact that whenever you go, you’re invariably surrounded by loud, large families speaking rapid-fire Chinese. There are about a thousand things on the menu—not just seafood by any means—and I’ve sampled about 250 of them and loved every dish."

Though Music Box Theatre is no live-music venue, it's where the Sound Opinions duo hosts movie nights, including a special showing of "Saturday Night Fever" at 7:30pm Feb. 16.

DeRogatis recommends hitting up Argentine steak house Tango Sur before the movie: "I love meat, especially the mixed platters of grilled steak, sausage, pork and chicken. There are other fine dishes, too—gotta love the empanadas—but meat is usually involved with those, too. Viva los carnivores!" 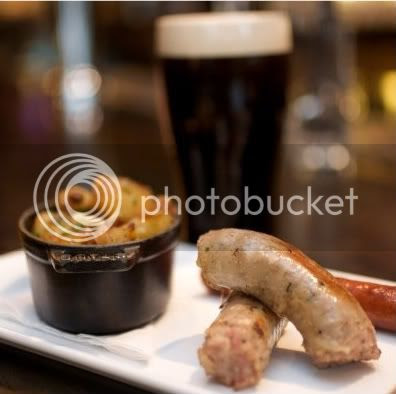 
Read on for even more delicious picks from the dynamic duo:

Agami: "Conveniently located in Uptown for shows at the Riviera, Aragon and Green Mill. Sushi connoisseurs (and I count myself among them) will appreciate this place with its premium on freshness, but the menu also includes dishes to please those who aren't sashimi lovers. And for those who aren't reviewing a show later in the evening, they serve excellent saki."—GK

The Gage: "Excellent dinner stop for those attending shows at the nearby Auditorium Theatre or Pritzker Pavilion in Millennium Park, across the street. Good selection of draught beer, including a nice, slow-pour Guinness, and pub-food that is a bit pricey but of high quality: burgers, fish and chips, roast chicken, mussels, steaks. It’s (also) the perfect place to unwind after a full day of sun or showers at Lollapalooza."—GK

Kroll’s South Loop: "There’s a really good restaurant attached to one of my favorite new punk clubs, Reggie’s. The menu is classic American with a twist (meatloaf and pulled-pork sandwiches, macaroni and cheese, that sort of thing), and the food is served on cool metal TV dinner trays—but my favorite spot in the burgeoning South Loop dining scene is Kroll's, a bit of Wisconsin in Chicago, with an old-school wood-paneled supper club vibe and absolutely unforgettable fried cheese curds, butter burgers (that would be a big slab of prime chopped meat adorned with a slab of butter, of course) and shakes so thick you might initially mistake them for a glass of spackle, until you finally take a sip. Mmmm!"—JD

Uncommon Ground: "Although it’s just north of one of my favorite clubs (Metro), I was reluctant at first to do dinner here. I’m down with its emphasis on organic and locally farmed produce, but as a hardcore meatatarian, I’m always wary of menus heavy on the veggies. But with choice selections such as bacon-wrapped meatloaf and black pepper seared pork loin, as well as the veggie burgers and killer gourmet mac and cheese, Uncommon Ground is uber-tasty first and healthy second, as every restaurant should be."—JD
Served deliciously by 312 Dining Diva at 12:05 PM No comments:

Reggie Bush Does Everything 'Epic' . . . 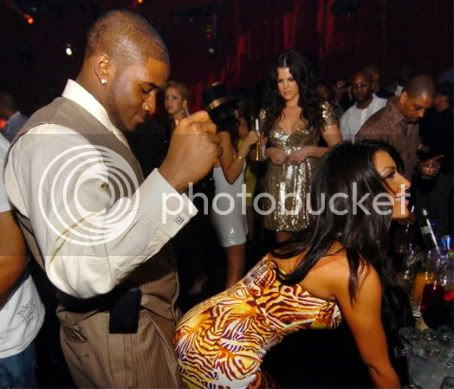 . . . so we have a good idea that the newly crowned Super Bowl champ and his famous girlfriend would likely wind up at Epic—River North's newest hot spot—if they were in Chicago on Valentine's Day.

Where would other glamorous celeb couples like Naomi Campbell/Vladislav Doronin, Bradley Cooper/Renee Zellweger, Beyonce/Jay-Z and Russell Brand/Katy Perry end up if they were in town?!

Take a look at NBCChicago.com's newest slideshow Celebs Supping in the Second City to find out . . .
Served deliciously by 312 Dining Diva at 8:38 AM 3 comments: