Tater Tot Trot is back! 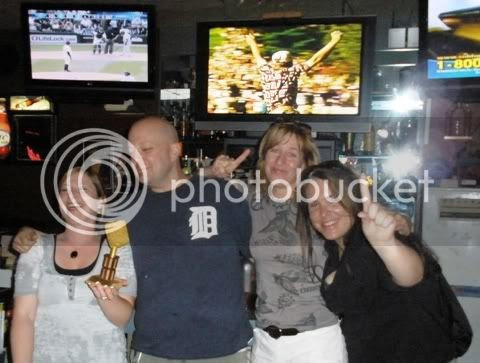 
Are you ready for the third-annual Tater Tot Trot?!

Word just came down that the daylong eating event kicks off at Schoolyard Tavern and Grill at 4pm August 8.

Tater tot enthusiasts—or better yet Ambassataters—Amy Murray and Sheri Piecuch created the Tater Tot Trot in 2007 to celebrate a friend's birthday. In one evening they went from bar to bar in search of the best tater tots in town.

Let's see if last year's winner, Newport Bar & Grill, will be able to hold on to its title, as many bars in the area are expected to step up their tater tot game.

Participants in the event will get drink and food specials at the participating bars, which have not all been confirmed yet. Check here for the latest info as August 8 approaches.
Served deliciously by 312 Dining Diva at 4:10 PM No comments: 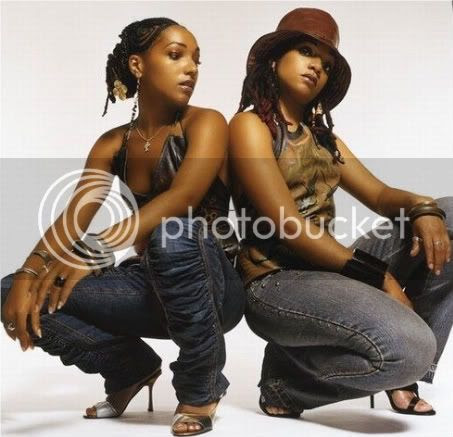 
Sexy sister duo Les Nubians first came across our radar about 10 years ago when they burst on the U.S. market with a brand of Neo-soul we'd never heard before. Blending their native French and Cameroon heritage into contemporary beats of soul, jazz and hip-hop, their sound was an instant hit.

After a bit of a hiatus, they're back. And what timing! July 14 marks the anniversary of Bastille Day, when the French stormed the Bastille for independence. Celebrate a few days early with Les Nubians' performance at Green Dolphin Street tonight.

Tickets are $25 in advance at Brown Paper Tickets or $30 at the door. Show is 9pm-midnight.

Make a move to other Bastille Day celebrations and more this weekend . . .

As we finally warm up around these parts, Province introduces new summer dishes, including summer squash stuffed inside a crispy mini tortilla (and topped with a poached farm egg) and Seedling Orchard blueberry sorbet accompanied by angel food cake.

Savasana in the City happens at LaSalle Power Co. Hosted by Bikram in the City, the party will likely attract some of the best yoga bodies around town. It's also a benefit for the Illinois Yoga Asana Championship. 5:30-8:30pm. $50 includes open bar and food; $40 for food only. 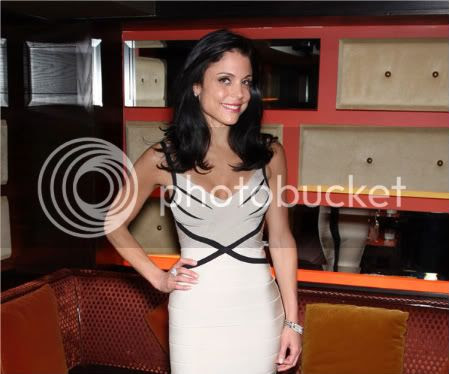 Who in the hell booked Bethenny Frankel—of Real Housewives of New York fame—at Enclave?! She's in town promoting her Skinny Girl Margarita and bestseller, Naturally Thin. Would've preferred if her party was happening at a more classier joint like Roof, C-View or even Vertigo. Promoter gets a D- for this *&^%$#@!@#$&^%. 8-11pm. $30 includes manis, massages, waxing, sushi and booze.

If you loved Maxwell and D'Angelo when they first hit the scene, then you'll love Chicago's own Peven Everett, a super soul man who's been doing his own thing for quite a while now. He headlines the Friday Night Dance Party at Double Door, which also showcases the talents of Billie Jewell, Jamie 3:26 and Sean Alvarez. 8pm-2am. $15 in advance; $20 day of event.

Jamaican star Yellowman performs his special brand of dub, reggae and dancehall at the Wild Hare. That kicks off at 9:30pm, so get there early if you want to be anywhere near the stage. $20.

Samantha Ronson's spinning at Crimson Lounge again tonight, but we're more excited about Vegas vixen DJ Tina T's Chicago debut at Lumen. The first of a series of female-focused fetes at the Warehouse District boîte, this party includes a midnight giveaway of a designer handbag. 9pm-2am. $20.

Tonight's a good night to indulge in the Southern Table Dinner, a three-course, prix-fixe menu over at Andersonville soul kitchen Big Jones. It changes daily, but count on not spending more than $30. Also, pair it with their signature Carolina Julep, made with Firefly sweet tea infused vodka, lemon, cane syrup, fresh mint and club soda.

Go old-school brunch at Lakeview French fave La Creperie, which has been around for more than 30 years. We love it for the spacious backyard patio and creamy, homestyle sweet and savory crepes. Standbys include the braised beef with burgundy and mushrooms and chicken in herb cream sauce.

The city's biggest Bastille Day celebration always takes place at Pops for Champagne and this year is no different. The indoor/outdoor event (on the back patio) includes unlimited grilled meats, sandwiches and cheese dishes, plus a glass of bubbly or rose. 3-8pm. $35.

And Life is a Cabaret Mondays debuts at Martini Park tonight. Local cabaret stars, including Chicago entertainer Kathryne Payne and Ben Hartman of Jersey Boys!, will perform all your favorite show tunes. A portion of the night's proceeds benefits Chicago House Charity. 5-9pm. No cover.
Served deliciously by 312 Dining Diva at 7:18 AM No comments: