Guess who applied for a liquor license today?! 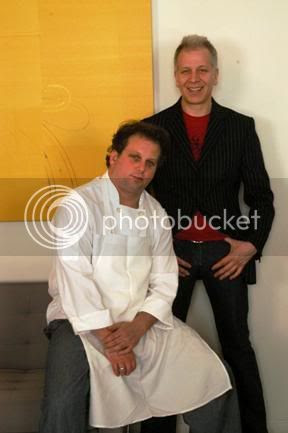 
Right now the only name they're disclosing is still the address—at 845 W. Fulton St.—but there is some progress to report on the beer-focused venue coming our way sometime this season from Paul Kahan, Donnie Madia and Terry Alexander.

Just found out that the team finally applied for a liquor license today, but it would really, really be nice if we could get a name.

On another note, I'm not sure what's going on over on Grand Avenue with Connoisseur Wine Bar (1041 W. Grand Ave., 312-738-3055), but the last four times I've passed by it during its regular business hours the lights have been off. Phone is still working with voice mail, but no one's picking up. Hmmmmmm.

Found this on Craigslist, if you're interested in being on yet another "reality" restaurant show:

GRANADA AMERICA, the producers that brought you
Nanny 911, Hell’s Kitchen and Kitchen Nightmares
are seeking two-person teams, with pre-existing relationships, who have always dreamed of opening their own restaurant!

Have you and your spouse, friend, family member, business associate or colleague dreamed of opening your own restaurant? Is one of you a whiz in the kitchen while the other is a front of the house superstar? Do you have what it takes to open and run a successful restaurant? Has financing always been a problem?

HERE IS YOUR CHANCE TO MAKE YOUR DREAM COME TRUE!

Casting Directors want to meet your team at our open call!

WE ARE SEEKING PEOPLE WHO ARE:
• Over 21 years of age; U.S. Citizens or Permanent U.S. Residents
• 2-person teams with pre-existing relationships: couples, friends, family, co-workers, chef teams, retired couples, college grads, weekend gourmets, old and young!
• Must be outgoing, creative, love the restaurant business and want to open and run your own restaurant!

For more information E-mail or Call us: NBCteamsChicago@yahoo.com or (323) 785-2325.
Please include your names, ages, the city you’re from, occupations, contact phone numbers, a recent photograph of yourselves and a brief summary as to why your team is perfect for the show!

Additional information posted on the Now Casting section at www.NBC.com
Served deliciously by 312 Dining Diva at 10:11 AM No comments: 
You get two more chances (tonight included) to sample the special Holi menu that welcomes the arrival of spring at trendy Indian eatery Marigold (4832 N. Broadway, 773-293-4653). The Uptown neighborhood newcomer is celebrating the traditional Indian holiday during its regular Tasting Tuesday event with a special three-course menu for $25.

Also known as the “Festival of Colors,” Holi is a glorious spectacle and a riot of colors. On this day, people literally throw colored powder on each other or spray each other with colored water on the streets and in the town-square. While there won't be any colored powder, Marigold's special menu is a spirited effort that includes Boti Kabab, or a skewer of boneless lamb cubes marinated in tandoori spices; Dahi Wada, or savory black gram lentil wada dumplings drizzled with cooling yogurt and mint chutney; and Murgh Malai Tikka, quarter-chicken marinated in malai cream, coriander, nutmeg, red chili powder, and baked.

Also happening tonight is NoMI's tribute to women winemakers during its weekly Cellar Notes event. Guests will have an opportunity to sample up to 10 varieties from women winemakers from around the world. 5:30-7:30pm. $30. 800 N. Michigan Ave., 312-239-4030

And every Tuesday at Tallulah (4539 N. Lincoln Ave., 773-942-7585), guests can BYOW (bring your own wine). It's time to break out your favorites as you nosh on signature starters like the spicy Maine lobster Deviled eggs, crab and Andouille fritters or the butternut squash and Gorgonzola ravioli in a cranberry-orange bisque
Served deliciously by 312 Dining Diva at 8:41 AM No comments: 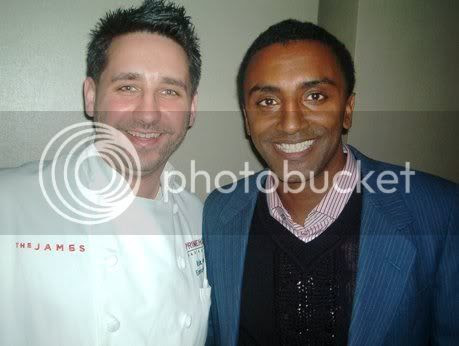 
It was a who's who in the dining world Monday night at the Museum of Contemporary Art for celebrity chef Art Smith's third-annual World Festival. Benefiting his pet charity, Common Threads, which encourages children to take control of their health through food and culture, the event was the hottest ticket in town with high-profile chefs and culinary stars everywhere you turned.

There was Padma Laskmi, the super model host of "Top Chef Chicago," who served as the honorary host of the event. This was only her second time to Chicago—beyond the "Top Chef" tapings—but she's been around the block to know a few things about our fair city.

"Blackbird and avec are my favorite Chicago restaurants," she gushed about the West Loop mainstays, "but Vermillion is the absolute best Indian restaurant in the country!"

"Most people outside of Chicago think Chicago cuisine is just about German sausage, deep-dish pizza and Irish food," said Rocco DiSpirito. "But it's clear that this big city has a good restaurant scene with very diverse tastes." 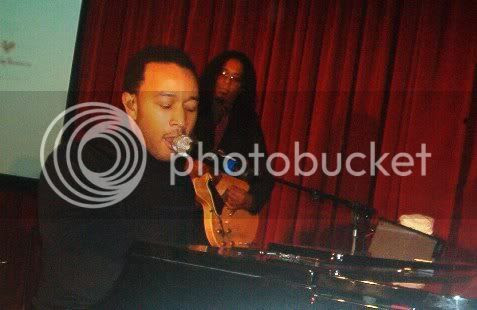 
The highlight of the night was the VIP after-party at James Hotel (55 E. Ontario St., 312-337-1000), where Food Network star Paula Deen introduced soul sensation John Legend, who performed his now classic hits as well as his latest flavor, "Good Morning."

What's "Good Morning" all about? He told me: "It's all about waking up to that person you really want to be with and making the most of the morning, if you know what I mean."

Sounds good to me!
Served deliciously by 312 Dining Diva at 1:10 AM No comments: