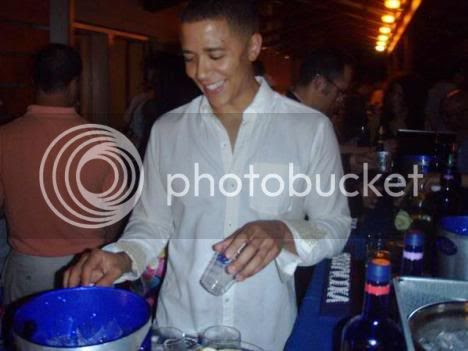 Hey, if you're hanging out and about this weekend and happen to run into this guy, no, your mind's not playing tricks on ya.

That's not Sen. Barack Obama. It's Reggie Brown, a server at ajasteak at the Dana Hotel.
Served deliciously by 312 Dining Diva at 5:27 PM 3 comments:

Major props to the mole master 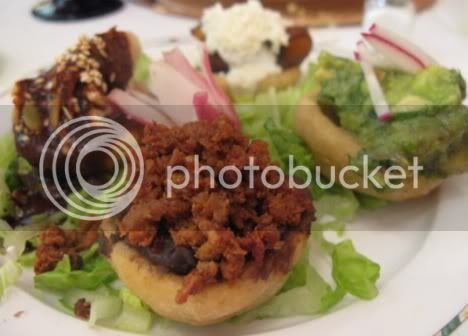 "The sopes, especially the earthy, spicy chorizo and woodland-mushroom-topped version, were as good as I remember," said Nagrant. (Photo: Hungry Mag)

"The sopes, especially the earthy, spicy chorizo and woodland-mushroom-topped version, were as good as I remembered. . . . The Borrego en Mole Negro, featuring succulent medium-rare lamp chops swimming in a pool of mahogany mole made of chilhuacle chiles had a deep, sweet, spice perfume. The mole at Real was more layered than the similar mole at Sol de Mexico. It was also perfectly salted, a frequent mole shortcoming. When our table ran out of fresh housemade tortillas, I used the now-bare lamb chop bones to ladle up the rest of the sauce."
Served deliciously by 312 Dining Diva at 1:22 PM No comments:

How could I forget this?! 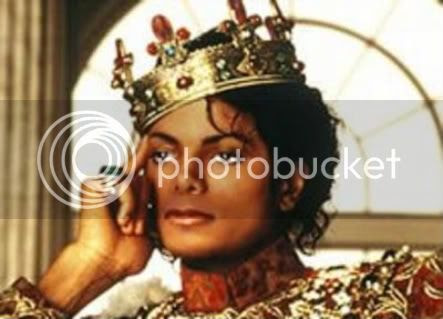 Michael Jackson turns 50 on Friday! You know there will be a King of Pop tribute playing everywhere you go this weekend . . .
Served deliciously by 312 Dining Diva at 12:19 PM No comments:

Send the summer off on a sweet note 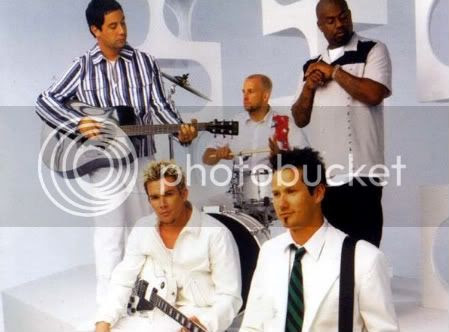 Sugar Ray is scheduled to perform during the "Labor of Love" event this weekend at Enclave.


It's the last hurrah for summer, or is it really?!

As far as I'm concerned, summer ends somewhere around Sept. 22—when Autumn really kicks in. Whatever the case, it's gonna be one fabulous weekend with amazing weather, so if you're in town, there's no excuse not to take advantage of it.

From a fun, outdoor club concert featuring pop band Sugar Ray to brunch on the patio at Bucktown's hottest new spot, Duchamp, here's where you need to be:

Hopefully, the weather will hold up for tonight's Summer Concert Series on the roof deck of Crunch Fitness. Event includes acoustic music by Chris and Joe of Bottle of Just Us and food from America’s Dog. 7-9pm at 939 W. North Ave. No cover.

You'll probably be eating 'cue all weekend, but you won't have anything like the burgers at Paramount Room, which offers a decadent Wagu Kobe beef burger "dressed" with organic greens, Beefsteak tomatoes and a special sauce. For $10, you can pair it with one of their specialty beers.

I remember when world-renown soulful deejay Ron Trent started his Africa Hi-Fi party in an old Wicker Park loft exactly four years ago. That event brought out some music super stars, including the Godfather of House Music Frankie Knuckles. He's celebrating four years of fabulous fetes at Sonotheque, with a special appearance by Philadelphia sensation and former Digable Planets mixmaster King Britt. Expect some funky hip-hop, soul and whatever else he wants to spin. There will also be a live performance by SIji and live art installation by Krista Franklin. 9pm-2am. $10.

It's also time for Music 101's eighth-annual Labor Day DayRa Sunset Boat Ride, kicking off at Cat's Meow. Ticket includes three hours of premium open bar, hors d'oeuvres, transportation to and from the boat and the after party at Cat's Meow. Deejays Johnny Fiasco and Frank Solano spin, and guests will get to enjoy the fireworks on Navy Pier. (Everyone must meet at Cat's Meow between 5-7pm for transportation to boat; buses leave at 7pm.) $75 in advance; $95 (day of event). No cover for after party.

Steve Aoki returns to perform his special brand of music, this time appearing at Bon V. He's best known for founding artists from Bloc Party, The Kills, The Gossip and Klaxons . 9pm-2am. $20.

Green City Market continues, and this weekend they're featuring Freddy Sanchez of Adobo Grill for the Chef Demo. If you sit close enough, maybe you'll get to sample some of his famous nouveau Mexican cuisine. 10:30-11:30am. Free.

Jesse de la Pena wants to take us Back to the '80s, with this carefree party happening at Darkroom. Added entertainment includes a 1980s costume contest, CD giveaways and a showing of cult classic films "Valley Girl," "Ferris Bueller's Day Off," "Purple Rain," "Beat Street" and others. Like totally rad! 9pm-2am. $5 (with costume); $8 (without).

The "no home" Hothouse continues to host global-flavored events throughout the city. This time they're going back to Las Tablas Colombian Steakhouse, which sold out last month. The party includes dinner and live music by Puerto Rican band Viento de Agua. The three-course dinner package includes a pitcher of sangria for $35. Dinner seatings are 9 and 10pm, but dancing goes on until 2am.

When it comes to brunch, Duchamp appears to be doing nicely in just a short few weeks. The former home for Meritage was a brunch hot spot for the Bucktown natives, and it's proving no different as they're lounging out on the expansive patio for hearty, contemporary American fare. 11am-2pm.

The second-annual Global Adrenaline Anniversary Festival, Labor of Love, happens at Enclave with a special performance by pop group Sugar Ray. But the best part of this event is that they're transforming the front lot into a ginormous beer garden with daylong performances. Party starts at 5pm, with food and drink vendors. Those on the VIP tip can reserve cabanas for $500. The party continues at night inside the club with deejays. $10 for festival; $20 for nightclub.

HotHouse is also hosting another noteworthy event, occurring at Fizz to celebrate Brazilian Independence Day. Chicago Samba performs traditional Brazilian beats, while Rio Dio kicks out samba-rock. Also, those wanting to learn how to move like the Brazilians will be able to get in on the dance lesson. 8pm-2am. $12 in advance; $15 at door.

And Plan B is where you'll want to be if you're just looking to chill out. The pre-Labor Day party features Will from "The Real World Hollywood" spinning, plus several cocktail specials. 8pm-2am. No cover.

Recover.
Served deliciously by 312 Dining Diva at 7:28 AM No comments: