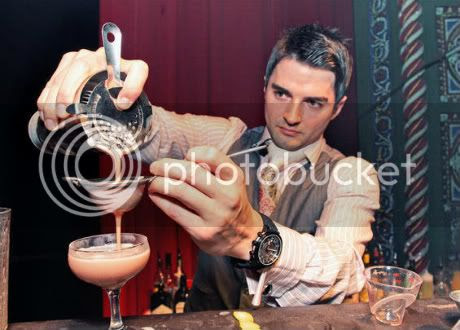 Damn near every mixologist from Chicago is heading out this week for Tales of the Cocktail in New Orleans. Think of it as a weeklong blowout bash for bartenders, but they're also learning tricks of the trade while they're there.

But what does that mean for us cocktail enthusiasts who are left behind?! Do we have to (gasp!) figure out how to make our own drinks or settle for wine and beer until they're back?

The Drawing Room is at least one cocktail lounge that's considered its fans before allowing master mixologist Charles Joly and his super staff to take off for the Big Easy.

Joly is letting a crew of guys from St. Louis take over in his absence. TJ Vytlacil and Adam Frager from the forthcoming Blood and Sand as well as Chad George from Demun Oyster Bar have created a delicious drink list.

"We're lucky to have great Midwest representatives take the helm for the weekend!" says Joly, who was confident leaving the award-winning cocktail lounge in their hands.

I think I will be all over Love Burns, which sounds like a good balance between bitter and sweet with Don Q Anejo, raw simple syrup, the after-dinner digestif Barolo Chinato and grapefruit bitters from the Bitter Truth.

Here's what else to expect: 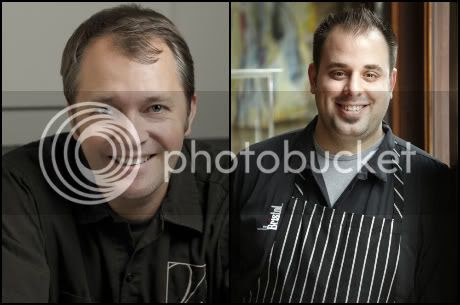 This is something you'd better act fast on because it'll sell out quick!

Perennial Virant' Paul Virant and Chris Pandel of The Bristol (and Balena) are set for a BBQ challenge to end all BBQ challenges.

If you act quickly, you'll be part of the crowd that gets to pick the winner between these two culinary stars. From 6-7pm July 25 at Perennial, 100 guests will get to hang out on the patio and watch the competitors as they grill three products: an "unknown" protein provided by Dietzler Farms, as well as two additional items. From these ingredients, each chef must create/execute an impromptu recipe and tasting portions for the crowd.

The event also includes a complimentary cocktail made by mixologist Matty Eggleston. Get the free tickets by calling the restaurant. 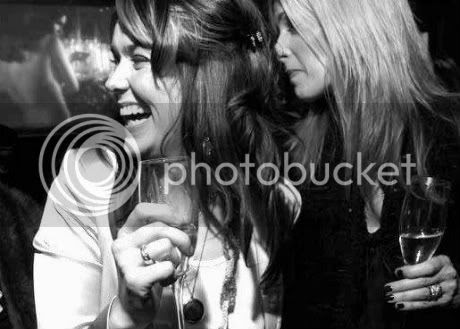 Photo of Amanda Puck via The Foodarazzi

Local cool girl about town Amanda Puck launched a food-oriented blog officially last Friday where she stalks some of the juiciest bites in the city.

The Foodarazzi actually comes as no surprise (and what took her so effing long?!) because Amanda was the original host of the award-winning restaurant review show, Check, Please!

She's also been known for quite awhile to post some pretty enticing photos of her foodie adventures on Facebook. It doesn't matter if it's at a friend's house for a laid-back BBQ or a 22-course feast at the Four Seasons, if she likes the food, she's gonna take photos. 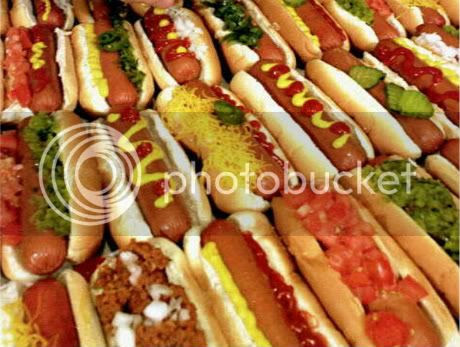 So this is odd.

The River North sports lounge is doing its second-annual Hot Dog Week (it's also National Hot Dog Month), so they're doing a different one each day today through Friday.

Here's what to expect: