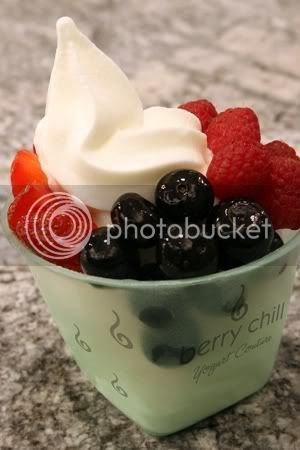 
Berry Chill owner and University of Iowa alumni Michael Farah does his part in helping victims of the recent flooding in Iowa. With more than 400 blocks of downtown evacuated, including a major hospital, emergency officials estimate the flooding of the Cedar River has forced at least 24,000 to evacuate from their homes. While the river begins to slowly recede, Cedar Rapids officials worry the city’s supply of drinkable water will run out.

He's reaching out to customers to stop in and drop off pre-packaged cases of water or clothing for those devastated by the disaster through June 29. Berry Chill is paying for all shipping costs. [Also look out for new locations at 132 N. LaSalle St. and 500 W. Madison St. (Ogilvie Train Station) this summer.)]


Designer/architect Suhail hosts another benefit to raise funds for the children who survived a massive earthquake that tore through a vast region of Kashmir in 2005. More than 80,000 people were killed and three million left homeless. Suhail and a team of volunteers are making another trip to the region to help, and this benefit will help get them there. Event includes live music, DJ Madrid spinning exotic beats, an open bar, raffle, and appetizers from Moto and Otom. 7-10pm Friday, June 27. LIGHTOLOGY (215 W. Chicago Ave., 312-733-9411). $100.


And in other restaurant-related news, the National Restaurant Association just donated an impressive 116,553 pounds of top quality food to the Greater Chicago Food Depository to provide meals for 87,633 hungry men, women and children in the Chicago area.
Served deliciously by 312 Dining Diva at 6:46 PM No comments: