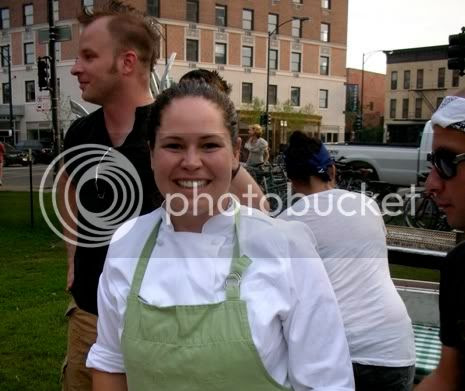 
Hate to rub this in, but if you don't already have tickets to tonight's annual Green City Market Chefs BBQ in Lincoln Park, you're SOL, it's sold out.

For those who've already scored tix, get there as early as possible (fest starts at 6pm) because they're expecting more than 1,000 guests to sample the delights of local prominent chefs like Stephanie Izard (The Drunken Goat), John Caputo (A Mano), Giuseppe Tentori (BOKA) and Erick Williams (MK).

We'll be there in splendid 312DD glory, so expect a lot of tweeting later on.

More food, fashion, fests and some freebies on tap for this weekend:

The last time Jermaine Dupri guest deejayed at Underground, soccer heavyweight (and hottie!) David Beckham was in the house. There's no telling who'll drop by this time, but trust us when we tell you JD will rock the mic and the tables. 10pm-4am. $20.

Up in Rogers Park, Uncommon Ground hosts its weekly farmers market in the parking lot. You'll see the usual local farmers and vendors, plus live music. And while you're there, check out the restaurant's roof-top produce garden. 4-8pm. Free. 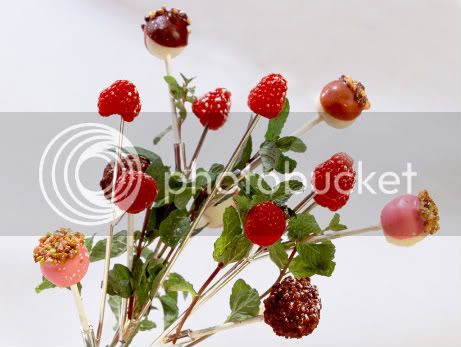 You can fight the crowds next Saturday at Venetian Night or stay local and hit up Wicker Park for the seventh-annual Silver Room Sound System Block Party. The daylong event includes a fashion show, live mural paintings, and deejays spinning on the block, on the patio and in the store. Noon-10pm. Free.

Another notable going-on is going down at West Town newcomer Noble Grape, which hosts its grand-opening this weekend. Come for the complimentary tastings, live music and deejays. Also, buy at least six bottles of vino and you'll get 10 percent off. 1-5pm.

Bright Pink gets props from the 900 Shops with a very special shopping extravaganza. The $20 ticket ($25 at door) gets you discounts to some of the mall's most popular stores (J.Crew, Club Monaco, Jake, UGG Australia, Mark Shale) as well as frozen yogurt, yoga from Lululemon and mini-facials. Noon-6pm.

New brunch items have been added to the menu at Perennial, including a duck confit tart (with frisée salad, truffle oil and poached egg) and chef Ryan Poli's twist on a classic tuna casserole, with imported tuna, egg noodles and celery-mushroom cream. Just make sure you have at least one Perennial Bellini (with passion fruit) 'cause they go down easy. 10am-2pm

And in honor of National Lollipop Day, David Burke’s Primehouse will donate a portion of sales from the signature Lollipop Tree to Lollipop Theater Network. Hey, any excuse to gorge on those amazing cheesecake lollipops works for me!
Served deliciously by 312 Dining Diva at 8:52 AM No comments: