Just got off the phone with a manager from Erba (4520 N. Lincoln Ave., 773-989-4200) in Lincoln Square to find out that they're changing the concept down the street at their other restaurant Brioso.

By the end of the month, say hello to Jack Rabbit's, a new Southwestern concept that replaces the contemporary Mexican fare they were serving over there. The address is 4603 N. Lincoln Ave., 773-989-9000.

A sneak preview of La Cocina de Frida in Andersonville

A lucky diner who frequents LTHforum.com had the opportunity to sample dishes from highly anticipated La Cocina de Frida (5025 W. Belmont Ave., 773-202-1250) in Andersonville and reported back:

"The crowd seemed like lots of friends/family, spanish speakers, kids, etc. We were served small dishes that pretty much equaled a dinner, it was nice and filling. We had tortilla soup, flavorful and nice, but more salsa-y and thicker than I have had at other places. The next plate was chicken tinga on a tostada -(w beans, creama and lettuce) smoky, spicy hot and very nice. I appreciated the heat level. The next item were two small tamales, pork and 'veggie' (cheese and maybe jalapeno). Nice, not bland, needed no salsa. (The owner) gets the masa from Pilsen and uses no lard.

She will be featuring a different tamale daily, and maybe two other types consistantly. She said she will be doing catering, and will make bulk tamales for customers. She has 'over 100' tamale variations."

Wow! More than one hundred different tamales. I can't wait, and it opens tonight at 5pm.

Read it in its entirety here.
Served deliciously by 312 Dining Diva at 3:48 PM No comments: 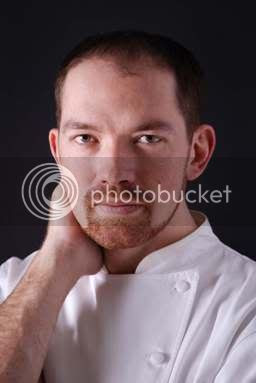 
Less than a year after signing on as executive chef at BOKA (1729 N. Halsted St., 312-337-6070), Giuseppe Tentori has been named a partner. Since he first came aboard in March 2007, the former chef de cuisine for Charlie Trotter's has tempted diners with American progressive, seasonal entrees like crispy Iowa pork belly with grilled bok choy, seared Muschovy duck breast served with leg confit and collard greens, and beef tenderloin with licorice braised short ribs.

And the busy Tentori is also getting yet another major project off the ground. He's also the executive chef at Perennial, a chef-driven American bistro, which Kevin Boehm and Rob Katz will open this March in Lincoln Park at 1800 N. Lincoln Ave.
Served deliciously by 312 Dining Diva at 10:15 AM No comments:

Now, they've put up an official website for Chicago Restaurant Week….eat it up!. Check it out. 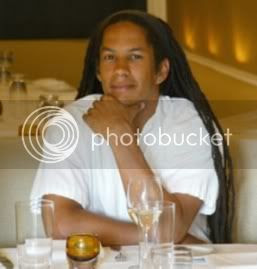 You heard it here first.

Today (Tuesday, Jan. 15) this rising star West Coast chef gets his shot at the big time: The Big O. As in Oprah. The executive chef/partner for Table 8—which will open a fourth location in River North by fall 2008—will be making his signature grilled cheese (with pulled beef short ribs!) on the 9am show (or you can catch it again at 11:05pm tonight!).

Before anyone protests about Table 8 copying off Art Smith's Table 52 (52 W. Elm St., 312-573-4000), know that Table 8 has already been around with locations in South Beach and Los Angeles, with yet another one opening in New York soon. The LA location gets a big celeb fan base, including Leonardo DiCaprio, Janet Jackson and Sir Elton John.

Govind began his culinary training at age 13 working for Wolfgang Puck at the original Spago's. He also trained under Mark Peel and Nancy Silverton at Campanile, Mary Sue Milliken and Susan Feniger at City Restaurant, and Joachim Splichal at Patina and Pinot Hollywood.

The busy Govind will be back in Chicago on March 17 for the third-annual World Festival, a chef-driven benefit for Common Threads, an organization helping children learn about other cultures through culinary exercises. In addition to Govind lending his star power to the event, other confirmed chefs include David Burke, Tom "Top Chef" Colicchio, Carrie Nahabedian, Jimmy Bannos, Gale Gand, Terry Crandall, Christophe David, Koren Grieveson, Kevin Hickey, Bill Kim, Sarah Levy, Steve McDonagh, Matthias Merges, Elisa Narrow and Chris Nugent. The event takes place at the Museum of Contemporary Art (220 E. Chicago Ave., 312-280-2660) right after work 6-9pm, and includes a walkaround tasting prepared by the chefs, live and silent auctions and live entertainment. Go to commonthreads.org for ticket information.
Served deliciously by 312 Dining Diva at 12:09 AM No comments: