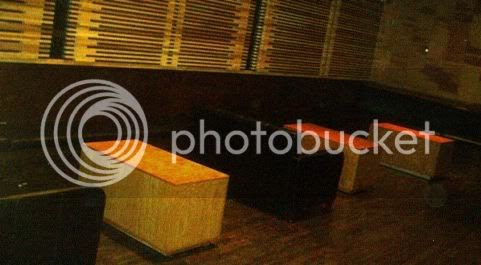 
Got an exclusive, sneak preview this afternoon of three of the hottest spots to hit River North this summer:

Those guys behind RiNo and Manor are already sitting pretty with two of the biggest celebrity hangouts in the 'hood. Now comes their latest—Stay—which aims for a high-end clientele looking for low-key action. The top-level lounge to Manor has a separate entrance on Erie Street, its own deejay cranking out chilled-out beats and no bottle service requirements (!!!). And the best thing about it?! They're keeping the decor simple with understated, yet refined hard wood accents and a booming sound system that'll jack the party up when you need it to. 4am during the week; 5am Saturdays. Look for Stay to open later this summer.

Hub 51 has gotten mad media attention within the last few days, but nothing's been said about the lower-level bar called Sub 51. It's a simple room, looking like the perfect spot to throw a basement bash, with cushy leather sofas and dim lights so you can push up on a sig other. But co-owner R.J. Melman's fave seats—and ours too!—are tucked away behind the bar, and no one will ever know you're there unless you want them to. It's the perfect cove for a couple. Hub 51/Sub 51 officially opens on Friday.


And Donnie Kruse changed up his gastropub BB's for something completely different in Madame Tartine. If you were around when he owned Butterfield 8, then you've got the idea. But this time, he's stepped it up . . . way, way up . . . with a seductive French theme that's a nod to the 1960s. Check the vintage fixtures, wallpaper, artwork and music, but don't go expecting something fuddy duddy. That's all we're saying, for now. Madame Tartine opens in early July.
Served deliciously by 312 Dining Diva at 5:08 PM No comments:

Slim down with a sexy salad 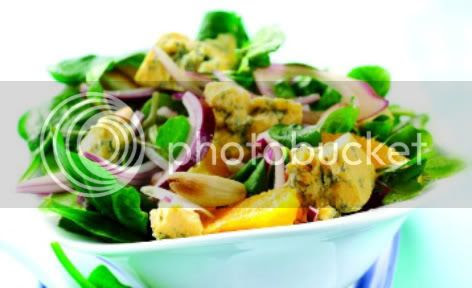 Looking for lighter, yet tasty dishes this summer?! Whether you're trying to slim down or maintain a fabulous figure, here are some salads meant for more than just munching:

Chaise Lounge's South Beach-inspired upper-level deck is ideal for chowing down on the Waldorf Salad. Their take on the classic dish has roaring '40s Bleu cheese, black walnuts and a yogurt dressing ($7).

And our mouths are watering at the thought of the Grilled Beef Tenderloin Salad at VTK. That's a unique combo of Romaine lettuce, cucumbers, red onions and chilies, and finished with a cilantro-citrus dressing ($12.95).