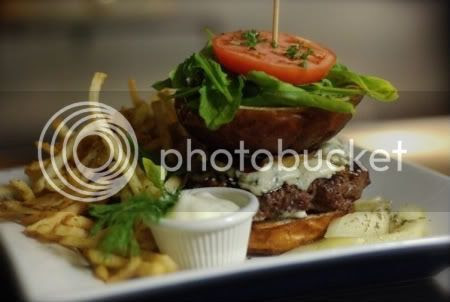 If Cibo Matto's scene a bit much for you on its first day, head to Lakeview as Socca debuts a new mid-summer menu. Exec chef Roger Herring whips up a number of tasting dishes to your delight in the bar area only. That's 5-7pm and free.

Considered somewhat of a brewing "rock star," Tomme Arthur from Port Brewing and The Lost Abbey stops by Bluebird for a special tasting of his beers. You'll sample up to seven, paired with flatbreads and cheese. 7:30-9:30pm. $25.

Wine lovers will indulge in a Mystery Wine Tasting at BOKA. The free event includes four stations pouring a mystery wine out of a decanter for sampling. Attendees will get a ballot and guess what each varietal is. The person who gets the most correct wins a $100 gift certificate to the restaurant. Comped appetizers included. 6:30-8pm.

The first Tuesday of the month means it's Rock Karaoke Night at Debonair Social Club. Get your liquid courage from the $3 well drinks, $3 Absolut Flavor shots and $3 PBR bottles before you make your way onstage. 9pm-2am.

Jimmy Sneed of Sugartoad headlines the chef demo at Green City Market. That kicks off promptly at 10:30am, and as usual, the market opens at 7am. Free.

For those who prefer to do their shopping after work, Andersonville Farmers Market occurs 4-8pm every Wednesday. More than 20 vendors, plus live music and socializing should attract a number of neighborhood hot shots. Free.

Got job stress?! Take it out on the Wii on Wednesdays on Jbar's huge 84-inch flat screen television. They're also doing $3 beers, $6 vodka drinks and $2 mini "Burkers." 6-9pm.

Come root for the participants in the first-ever 42RIDE Bike Series at Moonshine. The event benefits Alliance of Biking and Walking, and if more than 100,000 follow the ride on Twitter, 42BELOW will make a $42K donation to the Alliance (pledging 42 cents per person). Riders, including a 73-year-old Texan who bikes 8,000 miles a year and a French sculptor living in Maine, arrive in Chicago Wednesday for the party that includes comped Caipiroska 42 cocktails. 6-8pm.
Served deliciously by 312 Dining Diva at 6:35 AM No comments: