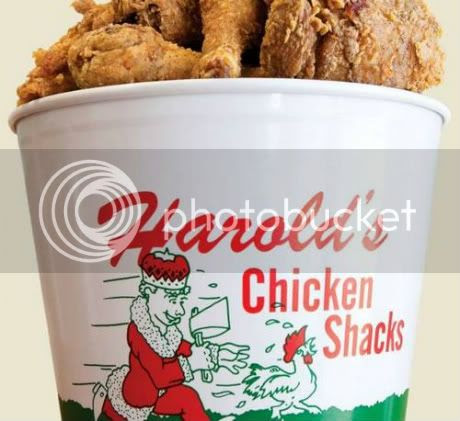 "As of last week, a couple of us guys at The Bird get Harold's Chicken, like a big ass bucket for lunch. Last week we destroyed the thing, this week it left us sad and angry. 36 is the number that Harold's is on Milwaukee, you dig. At the end, we wash it down with bubbles and start service."

Bubbles & yardbird?! What is there to be sad and angry about?
Served deliciously by 312 Dining Diva at 10:24 AM No comments:

Unveiling of Hennessy KAWS at Blackbird 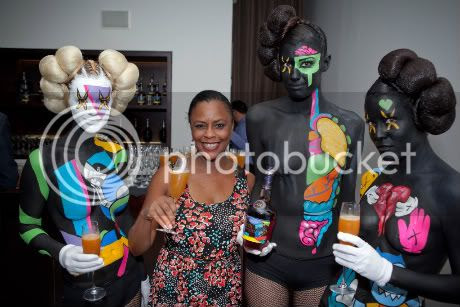 I'll admit it. I had no idea who graffiti artist KAWS was before I was invited to the spirited dinner hosted by Hennessy cognac at Blackbird Wednesday.

Apparently the New York-based star is such a big deal that the famed French spirit decided to collaborate with him on a limited-release Hennessy KAWS "very special cognac." The company produced 420,000 numbered bottles (I took home bottle number 54,930 by the way) with KAWS' signature artwork as its centerpiece.

There's even a message from the artist on the back of the bottle: "Friends work music art. It's important to find the right blend." The official launch unveiling party for the bottle was held in New York (of course) last week, and there are plans to host additional celebrations in Hennessy's top markets.

Chicago's event in Blackbird's sleek upper level private dining room included a four-course dinner created by Chef de Cuisine David Posey and five cocktails by Chief Mixologist Lynn House. And to give guests an idea of what KAWS' artwork is like, models strutted around the room in memorable signature bodypaint.