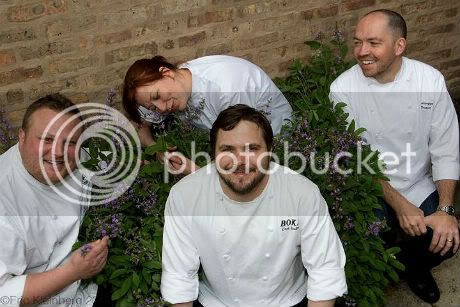 I don't even want to think about fall right now, but this upcoming Boka event makes me want to fast forward to October ASAP.

That's because on Oct. 3 chef Giuseppe Tentori and head mixologist Benjamin Schiller team up with Old Rip Van Winkle Distillery and Three Floyds Brewing for a dinner that will sell out as soon as tickets go on sale at noon August 28.

During a special six-course menu, only 90 guests will have the privilege of meeting the people behind the legendary Old Rip Van Winkle bourbon: Julian III, grandson to the legendary "Pappy" Van Winkle, and his son Preston. Even better is that they're bringing with them some artisan whiskeys for guests to sample, such as the coveted Pappy Van Winkle's Family Reserve, 20 Year.

Here's what to expect that evening: