A Craigslist ad was posted yesterday by rock star chef Michael Carlson, whose edgy Wicker Park eatery Schwa closed early last month. Could it be possible that he's angling for a reopening? According to Dish: "Schwa opened in August 2005 and served its last meal on October 5th, a private blowout for several of the world-class chefs in town for Charlie Trotter’s 20th anniversary dinner on Sunday night.(Trotter took the chefs to Schwa, unaware that it would be Schwa’s final night, says Trotter’s spokesperson, Katy Burstein.)."

So after all that hoopla, is Carlson trying to reopen by year's end?

Here's the ad below:

Chef Michael Carlson & Schwa Restaurant is looking for professional, hard working, and creative chefs who are interested in all facets of the restaurant. Must have good refrences and be ready to make a commitment. Please attach resumes to a quick email telling us a little about yourself. acehardware12@yahoo.com"
Served deliciously by 312 Dining Diva at 6:57 AM No comments:

An excuse to get buzzed 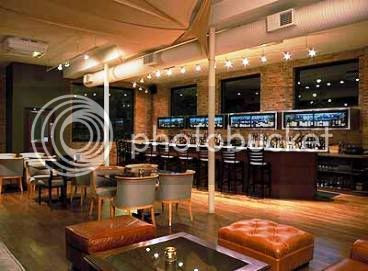 Seems like everyone's having champagne tastings these days, but duh! it's that time of year.

Tonight, you'll get to sample superstars Krug and Ruinart, great grower Champagnes like Jose Dhondt and Andre Clouet, as well as a wide array of sparkling wines from around the globe.

Also, enjoy light hors d’oeuvres in their city view lounge, and all wines featured will be discounted tonight at the adjoining Randolph Wine Cellars. 6-8pm. $50.
Served deliciously by 312 Dining Diva at 6:33 AM No comments:

The next big thing?!

I've never heard of Kinky Notti, but this soul band is already making waves across the country for its unique sound. And if you want to catch them before they really blow up, they're headlining a show tonight at Blu 47 (4655 S. King Dr., 773-536-6000).