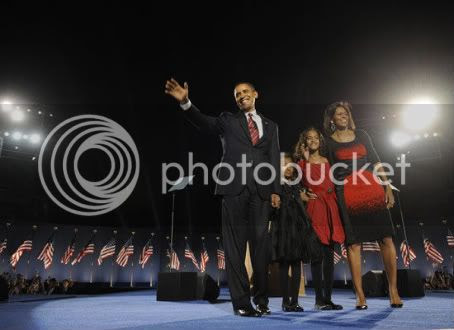 We're all still in a deep daze over last night's historic win of President-Elect Barack Obama, so let's keep the celebration going:

Time to get to North Center for sola's prix-fixe, three-course deal, featuring squash as the month's seasonal savory ingredient. $30, and for an additional $15, they'll pair each course with wine.

Fill up on a bottomless bowl of mac 'n' cheese ($6) paired with $2 PBR tall boys at Risque Cafe. Also, a rock band performs every Wednesday.

And something good's brewing in the 'hood with the re-launch of Streetwise Magazine. Tonight's the big bash, at Close Up 2 Jazz Club, which includes complimentary appetizers and live jazz by Ray Silkman. 6-11pm. $25 donation.
Served deliciously by 312 Dining Diva at 7:18 AM No comments: