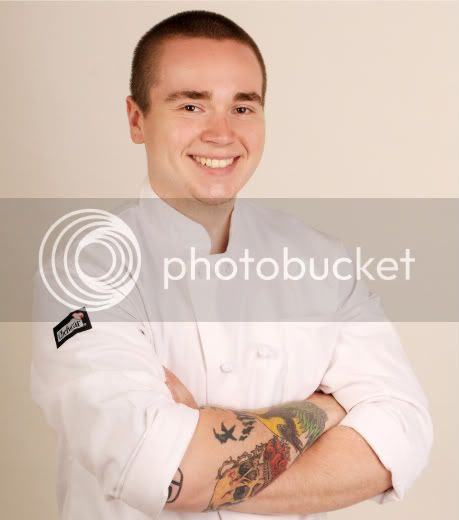 
An invite just landed in my inbox about a special tasting by Mark Kasper, who replaces Matt Stovey as executive chef at Kit Kat Lounge & Supper Club.

Kasper's background includes some impressive stints at Aria and Sixteen, so it should come as no surprise that he completely overhauled the menu at the quirky Lakeview mainstay.

Highlights of the dinner menu include the Sofia Loren (hand-stuffed eggplant ravioli, in a parmesan Sicilian red sauce and aged parmesan regiano) and Charro (8oz prime marinated skirt steak, with chimichurri accompanied by fajita style pomme frites), but we were a little perplexed at the description of the Frank Sinatra entree. Hand-picked seasonal vegetables marinated in red wine sounds just fine, but what is up with the hummus glaze, falafel and tabbouleh?!

Would've expected a nice New York strip or pasta to honor the legendary crooner, but we'll check it out anyway. 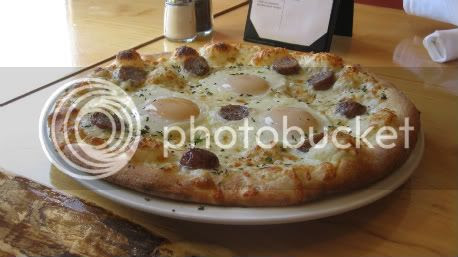 
Another newly installed chef is Noah Sandoval, who now calls Green Zebra home (under Chef de Cuisine Molly Kipp) after overseeing the kitchen at Between Boutique Cafe & Lounge for only a couple of months.

The question is, will he be bringing his signature venison carpaccio to the West Town restaurant best known for upscale vegetarian cuisine?!

And in mid-July, Frasca Pizzeria and Wine Bar acquired Jack Tapp as its chef. New to the Chicago dining scene, Tapp is a Culinary Institute of America graduate and worked previously in the kitchens of Brasserie Dietrichs (Louisville), Stokes Adobe (Monterey, Calif.) and Cafe Lurcat (Naples, Fla.).

How did we miss this?! 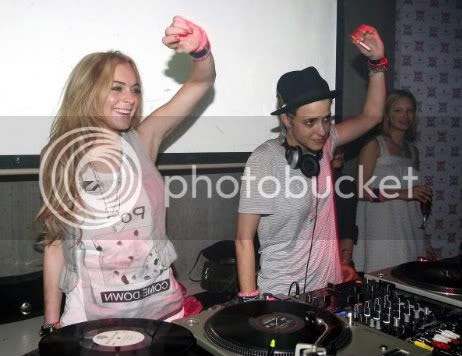 
Soooo, the Sun-Times' Bill Zwecker filed this report Monday about Lindsay Lohan's antics when she was in town for Lolla with her girl Samantha Ronson:

"Lindsay Lohan did make it back to town to help on-again (for now!) galpal Samantha Ronson toast her recent 32nd birthday over Lollapalooza weekend.

Ronson, of course, was here for her regular DJ-ing gig at the Hotel Sax's Crimson Lounge but reportedly had no idea Lohan was going to surprise her. LiLo arrived with little sis Ali Lohan in tow and proceeded to hit all of Our Town's hotspots this weekend. ...The fun quotient got amped up around 1:30 a.m. Saturday as the party moved on to Ronson's post-birthday bash at Angels & Kings. ... As the night wound down, both Lohan sisters were spotted at the Music Lounge at the Hard Rock Hotel, catching the Virgins' show from backstage."

Someone please explain why and how she got in.

UPDATE: Publicist for Crimson writes: "Ali did not hit any of the hot spots. I was with them. She came to dinner and drank a sprite and ate Nachos. Between dinner, Lindsay, Ali and her assistant stopped by the music lounge at the Hard Rock.

She DID NOT come to Crimson or Angels & Kings. She went and watched movies in the Chairman's Suite at the Hotel Sax with Lindsay's Assistant. Lindsay came to Crimson and Angels with Annabelle Dexter Jones (Sam's step sister)."

If this statement is indeed true, someone needs to get Zwecker to issue a retraction STAT before these spots get in hot water with the city!
Served deliciously by 312 Dining Diva at 9:53 AM No comments:

A feast of fashions 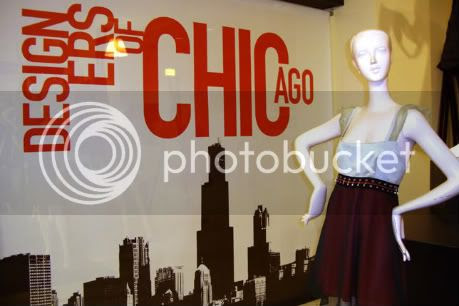 Randy Zweiban's glorious West Loop gem Province boasts a strong organic and local program, so it's no surprise its stylish setting was selected by the Chicago Fashion Foundation for the launch of The Moda Series.

The event showcases the amazing talents of Chicago's top fashion designers, and tonight guests will get to meet Nora Del Busto, winner of the first CFF scholarship award and designer for Macy's Fashion Incubator. Of course, guests will be able to check out her latest collection as they nosh on locally sourced appetizers and hand-crafted cocktails from Province. The $10 suggested donation benefits the scholarship fund for Chicago-area college students majoring in fashion-related studies. 6-8pm.

Incidentally, that's the title of the most popular album by Marques Wyatt, a Los Angeles-based deejay/producer considered the head honcho of house music on the West Coast. He spins a rare set tonight at Griffin Lounge for one of the city's top industry parties. Resident deejay Just Joey also performs. 9pm-2am. $10.

Also, the guys over at LUSH, in University Village, rescheduled the gaucho event from last week, so that's great news if you love mounds of meat. For twenty-five bucks you get to chow down on all the grilled meat you can swallow that's paired with wine. Starts at 6pm Wednesday.

And the Sweet Sixteen of Mixology returns for its bi-weekly turn at Perennial. Bartenders Zach Friedlander (Relax Lounge) and Lynn House (Graham Elliot) face off with signature sippers made with produce from Green City Market. Drinks, appetizers comped. 6:30-8pm Wednesday. Free.
Served deliciously by 312 Dining Diva at 7:32 AM No comments: