Will someone kindly tell these people we are in a recession!

Gaper's Block uncovers some kooky new lounge that's gonna cost ya $4,000 to get in!
Served deliciously by 312 Dining Diva at 1:01 PM No comments:

Someone's not going to have a good day after reading Phil Vettel's review on Shochu.
Served deliciously by 312 Dining Diva at 12:32 PM No comments: 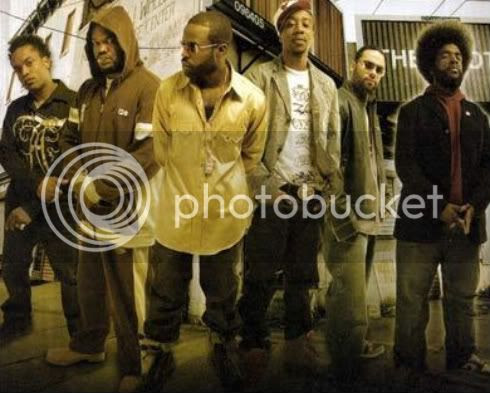 Hip-hop supergroup The Roots makes an appearance at two parties this weekend.


Can you believe there's other stuff going on beyond "Sex and the City" parties?!

The MidWasteland hosts an offbeat performance art event at Lava Lounge to be posted on their "street style blog." Deejays spin dub, reggae and other cool joints for your head-nodding pleasure. 9pm-2am. $5.

If you haven't heard yet, SKYY vodka recently introduced new flavors, and you'll get to sample them all at Lincoln Park Young Professionals' event at Devon Seafood. Flavors include citrus, passion fruit and cherry, and they'll be paired with light bites from the restaurant. 6-8pm. $25 in advance; $35 at door.

The American Red Cross Auxiliary Board and the Junior League of Chicago team up for a wine-tasting party at Dragonfly Mandarin. Included in the ticket price are cocktails, wine, hors d’oeuvres and spa treatments. All proceeds benefit the organizations. 6-9pm. $20 in advance; $25 at door.

Get to The Joynt for a cool benefit hosted by HighSight, the group that puts on the infamous Eve of the Eve at Union Station. Party includes cocktails, wine and passed appetizers. 6-9pm. $25 for general admission; $35 for VIP.

Red or White Ball, the sixth-annual charity event hosted by the Steppenwolf Auxiliary Council, takes place at 8pm at the Chicago Illuminating Company, 19 E. 21st St. Expect Chicago's movers and shakers to make an appearance at this party that includes an evening of cocktails, food, entertainment, a silent auction and raffle prizes. A limited number of $500 VIP packages are also available: Each includes two event tickets, access for two to a private cocktail reception at 7pm with Steppenwolf ensemble members, enhanced goody bags and a one-year membership in the Auxiliary Council. Tickets, including the $135 general admission, are available by calling 312-654-5672.

Music 101 helps usher in hot new VIP lounge Religion, which is on the penthouse level of Club 720. The sneak-preview party includes a performance by the Martinez Brothers. 9pm-4am.

Hip-hop supergroup The Roots is in town, and tonight mad drummer Questlove spins a special set at Funky Buddha Lounge. Look for him to kill it. 9pm-2am. No cover before 10:30pm.

The Do-Division Street Fest and Sidewalk Sale runs today and tomorrow from noon to 10pm with live music, treats and discounts at the shops along Division Street from Ashland Avenue to Leavitt Street. Go here for more information.

Following the Erykah Badu/Roots concert at Chicago Theater, head to Victor Hotel for the after party. Questlove spins yet another special set, in addition to the soulful stylings of Mark Fulla Flava and Funky Couture. 9pm-3am. $20.

Chart-topping girl group Danity Kane are also in town for a concert, so of course there's an after party! They're not only hanging out at Lumen, but they're also promoting their second album, Welcome to the Dollhouse. Doors open at 9pm.
Served deliciously by 312 Dining Diva at 8:12 AM No comments: