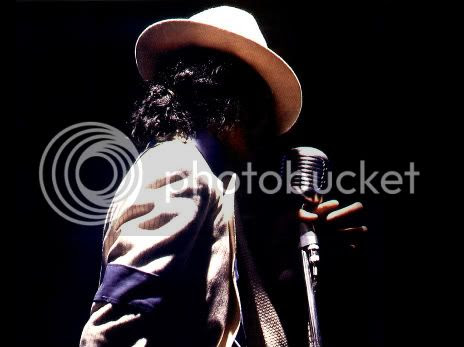 ... will be on and popping all weekend, but 312DD uncovered some of the very best going down around town:

House music and hip-hop enthusiast DJ Vince Adams was up all night Tweeting about his extensive MJ record collection, so expect him to drop some rarely heard tunes during his set at Green Dolphin Street. Head here after work for Bliss Fridays, which also includes a live performance by The Soul People. 5-11pm. $5 before 8pm.

Through July 3, theWit Hotel (201 N. State St.), home to Roof and Cibo Matto, will incorporate one song per hour into their music rotation from the catalog of Jackson's work. They also have on display a portrait-size black & white photo of Michael Jackson on a table, which is draped in black cloth and located in the lobby. Surrounding the table are 20 votive candles where visitors can pay their respect. The shrine will be on display for 24 hours.

Legendary house music vocalist Byron Stingley (Ten City) was supposed to be the big headliner at tonight's show at Shrine, but now organizers have decided to dedicate a big portion of the night to The King of Pop. Tone B. Nimble spins music throughout the 1970s to present, with an extended tribute to Jackson. 9pm-2am. $20.

There's a Red Dog Reunion Party happening at Martini Ranch, which is certain to bring out some old schoolers. Deejays promise to bring you house music throughout the night, highlighting some of the very best of the MJ catalogue. Deejays Lil John, Psycho Bitch, Just Joey and Andre Harris spin. Also, drink specials and discounted food. 9pm-4am. $5.

Last night the resident deejay at Underground did 45 minutes of straight-up MJ music, and they plan on doing it again every night through Sunday. Also, on Sunday Flosstradamus performs during a new industry night. 9pm-4am Friday, Sunday; 9pm-5am Saturday. Cover varies.

Long-time NYC nightlife impresario BJ Murray has always been a huge Michael Jackson fan, so look for him to dedicate a part of the night to the Man in the Mirror for his party at Prosecco. The party occurs in the lower-level La Cantinella Wine Cellar Lounge and the kitchen will be open until 11pm. 10pm-3am. No cover.

And, last year's post-Pride Boom Boom Room party at Avenue Tavern attracted more than 800 folks, so expect even more to show up as some of the city's hottest deejays spin underground house and personalized tributes to MJ. Spin stars include Diz, Lego, Just Joey, Uncle Milty and Michael Serafini. 3pm-midnight. Free.
Served deliciously by 312 Dining Diva at 9:09 AM No comments: