And The Doughnut Craze Continues . . . 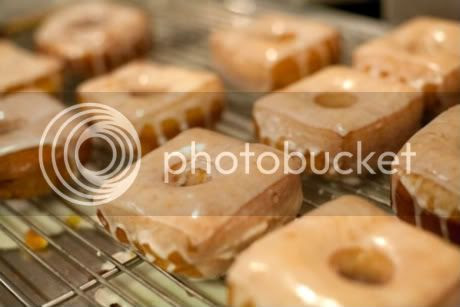 Letizia's Fiore Vino Bar & Ristorante owner Fabio Sorano has this to say about the doughnuts at his just-opened spot in Logan Square:

"They are homemade, all natural and made from scratch here. After our 32nd reformulation since opening, we believe we have that dough where we want it. Making doughnuts without hydrogenated shortenings and other stabilizers was a lot more challenging than we has thought.

"The four main kinds are glazed, chocolate glazed, raspberry glazed and a plain Italian doughnut rolled in coarse sugar (my favorite). They are big, they are square and we usually make them at 7ish (am) and then again at 10ish (am)—until the dough runs out."

Get 'em while they're hot!
Served deliciously by 312 Dining Diva at 9:52 AM No comments: