Guests who spring for the VIP reception (7:30-8:30pm) get to sample signature bites from the likes of Jean Tippenhauer (Fred's at Barney's New York), Tim Graham (Paris Club), Moosah Reaume (The Pump Room) and Kate Milashus (ZED 451). Barrelhouse Flat owner/mixologist Stephen Cole will be on hand to pour cocktails.

Crofton on Wells Closes To Re-Concept 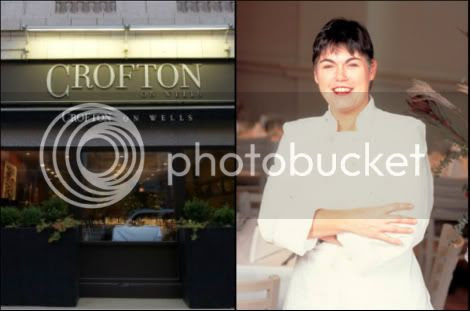 For more than 10 years, Suzy Crofton's River North spot, Crofton on Wells, shined as one of Chicago's top places for contemporary American fare.

She received accolades from the likes of Esquire and Food & Wine, plus a glowing three-star review from Phil Vettel of the Chicago Tribune. In 2011, the restaurant also garnered a Michelin star (only to lose it in 2012).

So it was pretty shocking to find out that Crofton decided to pull the plug on her operation Saturday. According to Eater Chicago, her reason was simple: Business "has been painfully slow."