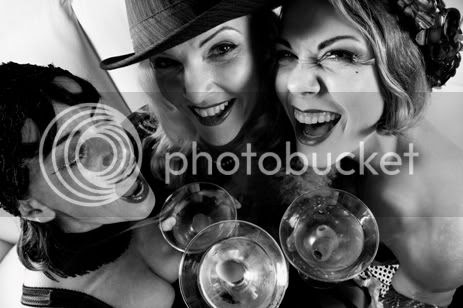 I'm not going to get all wordy about the history behind Repeal Day, and by now you know the 75th anniversary's coming up on Dec. 5.

If you want to read up on which current local bars thrived during the Prohibition era and which ones were the first to get their liquor licenses after it ended, you'll find that here, here and here.

In the meantime, if you just want to party, a number of events happen Friday, but Thrillist just had to be first out the gate with theirs on Thursday. They're doing it at Wicker Park's Plan B with a complimentary whiskey tasting, burlesque dancers and even shoeshine boys! That's going down 7-10pm, but you must RSVP here to get in.

Didja know there was a Ladies United for the Preservation of Endangered Cocktails?! Chicago's new chapter hosts two parties on the big night. They're encouraging guests to dress in period clothing and head over to Clark Street Ale House right after work for the first one from 6-9pm. And, if you're still standing by 10pm, make a move to part two over at The Drawing Room. For $33, they're doing a Prohibition-era, prix-fixe food and drink pairing. There's also live music by the Ron Mills Orchestra, and a portion of the proceeds benefits Chicago's Greenhouse Shelter, which assists abused women.

At Andersonville liquor shop and lounge In Fine Spirits, the festivities include more pre- and post-Prohibition-era cocktails, 1930s music and staffers dressed like gang-stars. Go ahead and order The Capone (a citrus-y cocktail with Templeton Rye Prohibition Era Whiskey), Prohibition Cocktail (gin cocktail with a touch of apricot) or The Volstead Toddy (spicy-smooth blend of Batavia Arrack, Pendleton’s Whiskey and a touch of pastis that's served warm). 3pm-2am. No cover.

Moonshine mixes it up with professional swing dancers, live music, period attire and a special Dewar’s toast to Repeal Day. They're also giving guests “Dewar’s Dollars” to buy things like an old-fashioned shoe shine, barber shop shave and even more cocktails. 8pm-2am. No cover, but use the password "Dewar's" for admittance. Come dressed to thrill.

Servers at Room 21 will be dressed up as gangsters and flappers, and guests may order from a special menu for $19.33 that includes one Dewar's specialty cocktail. All Dewar's cocktails, such as the Old Fashioned or one infused with vanilla beans, are $5 for the night. 5:30-10pm.

Spring teams up with former Violet Hour mixologist Kirk Estopinal for a night of fun in the lounge. He's shaking up a host of new and classic libations like the G&T (North Shore #11, housemade tonic on the rocks) and The Spice Cart (brandy, triple sec, lemon, five spices). They're also introducing a new bar menu with savory items like maki rolls, squash wonton and short rib Gyoza. No cover.

And Lush doles out the goodies in both the University Village and Roscoe Village locations. They're pouring free samples of classic cocktails from 6-9pm. No cover.
Served deliciously by 312 Dining Diva at 1:10 PM No comments:

Why hasn't anyone talked about this?! 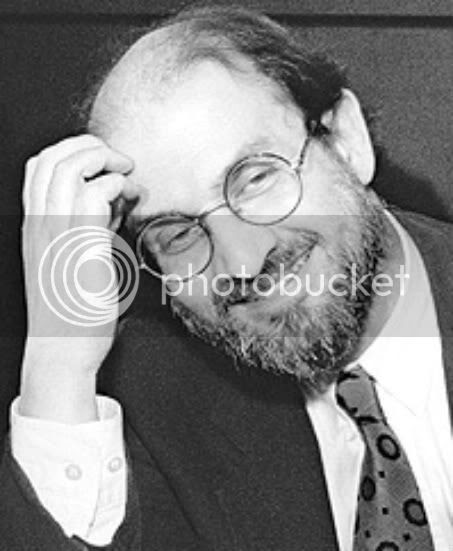 An astute reader brought to my attention late last week an interesting tidbit:

Turns out the controversial Indian-British novelist and essayist Salman Rushdie—who was once married to former supermodel/"Top Chef" host Padma Lakshmi—is an investor in the newly opened New York restaurant At Vermilion (480 Lexington Ave., 212-871-6600).

This Indian-Latin focused eatery is an offshoot of the Chicago original, which Lakshmi once told 312DD was "the best Indian restaurant in the country."

What makes it even more interesting is that "Top Chef 5" contestant Radhika "Rad" Desai, who's still in the running and is the exec chef at Between Boutique Cafe and Lounge, was the opening sous chef at Vermilion and has gotten major props for that menu's success today.

Hmmmmmmmmmm.
Served deliciously by 312 Dining Diva at 8:41 AM 1 comment: