The Wild Pear: In Your Glass, On Your Plate 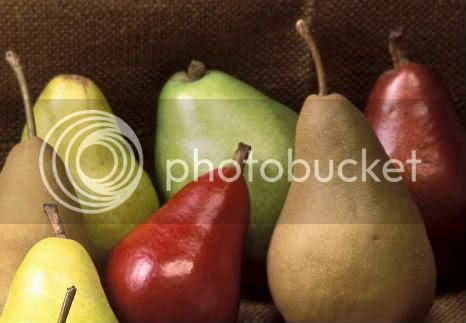 There are 10 primary varieties of USA Pears, each with its own color, flavor, shape and texture.


December's been declared National Pear Month by the U.S. Department of Agriculture because it's the best time of the year to indulge in the juicy fruit.

So with record numbers of crops reportedly being grown this season, don't be surprised to see the pear on menus everywhere.

312DD rounded up some delicious drinks and dishes you might want to check out:

Whether you're a bourbon fan or not, you're certain to go crazy over the Bourbon County Pears Cocktail at Bar Novo. It's shaken up with Bulleit bourbon, Xante pear liqueur and fresh lemon.

They've got a Poached Pear Salad on the menu at Blue 13. It's simple with blue cheese mousse and mixed greens that pairs well with their signature "3 Birds" Lobster Pizza.

Now this drink has edge and a whole lotta pear. Bristol's The Dardanian is named after the mythological Greek city of Dardania, a land that flourished with fictional Darda pears. The ingredients of Hendrick’s gin, St-Germain Elderflower liqueur, Bartlett pear and fresh pear sour make my mouth water.

Get a little Spanish flair with your pear at Eivissa, which offers the Pechuga de Pollo con Peras, or grilled chicken breast, garlic sauce, wild mushrooms and pears in a sherry-wine reduction. 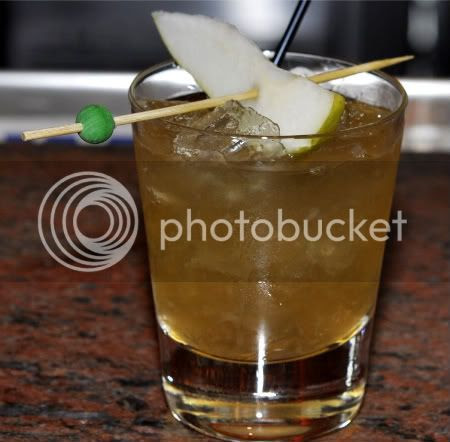 
The contemporary brunch over at Eve includes a seasonal soup of a puree of chestnuts topped with shaved brussels sprouts, pears and bacon-infused maple syrup. And we expect the pear-infused champagne cocktail to complement it quite smoothly.

The Gage bypasses typical holiday desserts like pumpkin pie and fruitcake for a Chocolate-Stuffed Pear. The fruit's scooped out and replaced with delicate chocolate mousse and served with crisp gingerbread biscotti and a dollop of tangy crème fraîche sabayon.

Over at graham elliot, award-winning mixologist Lynn House's hooking you up with a Twisted Pear made with Beretzen Pear Schnapps, Pisco, fresh lemon juice and mint water. She describes it as biting into an Anjou pear: "a little tart, a little sweet."

Get your vice with a view at Roof, the glamorous hotel bar at theWit. You'll look really good sipping the Spiced Pears & Honey cocktail, made from Hangar One spiced pear vodka, housemade honey syrup and lemon.

And yet one more pear-flavored potion's on tap at Whiskey Bar & Grill. The Peartini's got Grey Goose la Poire Vodka, champagne and elderflower syrup.
Served deliciously by 312 Dining Diva at 10:00 AM No comments: 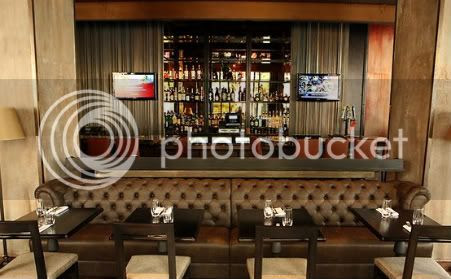 "A tapas-style menu, a hotel location and a major focus on the bar scene are hallmarks of restaurants around the country that are best surviving the economic turmoil of the past year.

"These components are also likely to be the defining traits of the next generation of high-end restaurants, say many leading restaurateurs, and are already being deployed in cities across the country."

That appears to be the case with a number of new restaurants in Chicago, such as Balsan, which just opened this week.

Located on the third floor of the brand-new Elysian Hotel, its design is high style, but at the same time offers a refreshingly affordable menu of items like house-made charcuterie, wood-roasted pizzas and Saddle Rock oysters.

Same goes for Elate, the thumping little spot inside the new Felix Hotel. The tinier tables and clubby seating are hints that this place is meant to be small-plates style. Octopus pastrami, crispy pork pizzas and charcuterie of country pâté are sure-fire hits.

At the newly restored Blackstone Hotel, the Spanish-focused Mercat a la Planxa of course features a number of tapas in its energetic atmosphere. The Catalan sausage and meatballs are set in a spicy tomato sauce; and a traditional Spanish omelet is filled with spinach, potatoes and saffron aioli.

And we cannot rave enough about the food over at State and Lake on the lobby level of theWit, a contemporary gastropub that's in sharp contrast to its more fancier upstairs Italian sister, cibo matto. Bites include mussels swimming in Metropolitan ale; Deviled eggs filled with truffles and short rib; and salt cod fritters and fried potatoes in a caper aioli.
Served deliciously by 312 Dining Diva at 6:00 AM No comments: