As noted below, October is Breast Cancer Awareness Month, and you can show your support by dining out at one of your favorite venues. From dessert-themed cocktails to sweet treats all dressed in pink, here's what's happening:

Martini Park: All proceeds from the sugary sweet Pink Cotton Candy will be donated to the American Cancer Society.

More: A portion of the sales of the Hope MORE cupcake (pink velvet cake with cream cheese frosting and pink white chocolate curls) goes directly to the Susan G. Komen for the Cure Foundation.

sola: Guests who dine at this cozy Northcenter eatery have the option of donating a dollar of their meal to the Lynn Sage Breast Cancer Foundation.

Blue Water Grill: You'll be able to top off your meal with a Pink Grapefruit Sparkling Parfait, which benefits Be Bright Pink.

David Burke’s Primehouse: The steakhouse’s signature Cake in a Can dessert will be served with pink icing and all proceeds also benefit Be Bright Pink.
Served deliciously by 312 Dining Diva at 11:59 AM No comments: 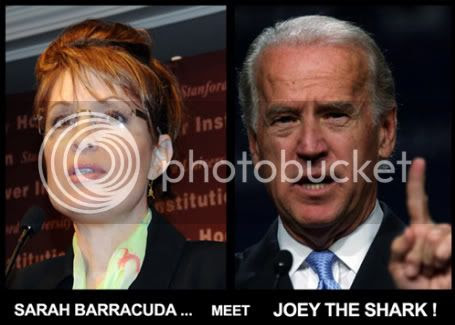 The Veep debate is finally here, but let's have some fun with it! Every time Sarah Palin says "maverick" or "country first," let's do a shot (my mom says I'm trying to get y'all drunk as hell!).

Anyway, probably every bar in town with a TV will be tuned into the wildly anticipated, 90-minute match between Dem Joe Biden and Repub Sarah Palin. You, of course, want to be in the hot spot, such as:

Enoteca Roma Ristorante is showing the debate on a 50-inch plasma in the outdoor garden as well as in the dining room. Food and drink specials available, too. 6-11pm; early arrival recommended. $5 donation goes to the Obama-Biden campaign.

Obama-rama occurs also at Red Kiva as the Chicago Lawyers for Obama host a free party in the West Loop. No drink specials, but should be a stimulating crowd of folks with plenty of opinions. 7pm-until. No cover.

The Chicago Republican Party, Chicago Young Republicans and Young Professionals for McCain throw their own shindig, but this one's gonna cost you. The $30 tix gets you three hours of premium open bar to drown out all those Sarah Palin-isms. That starts at 7pm in the Chicago Hilton and Towers, 720 S. Michigan Ave., Boulevard Room.

And for a non-partisan party, head to the Sheraton’s Chi Bar for specialty cocktails and desserts. Instead of my proposed "drinking game," they're planning a Lingo Bingo event, where guests listen for key words like "health care" and "global" to win prizes (zzzzzzz). Also, indulge in sweets (Baked Alaska or Cup of Joe tiramisu served in a coffee cup) and specialty sippers (Maverick Martini and Barack on the Rocks). Party starts at 8pm. No cover.

It's not your fault if you've never heard of Pamela Fernandez. But all that's about to change! Turns out the house-music diva—who's a Chicago native—is a sensation in Europe as her voice has been sampled on numerous re-workings, bootlegs and compilations. The glamorous songstress is bringing her live show, Floorgasm, to par-lounge for one night only. 8pm. No cover.

Look who's getting on the bandwagon . . . for baseball. Juicy Wine Co. is offering guests $2 microbrews if either the Cubs or White Sox win a playoff game. They're showing all the games on plasma screens, and you can pair those suds with panini sandwiches. Mmmmmmmmm.

The Bacardi Flavor Exchange is happening at the South Shore Cultural Center (7059 S. Shore Dr.), with enough fruit-flavored cocktails to make your head spin. Free parking at 63rd and the beach (east lot), with shuttle buses to and from the event. 8pm-midnight. No cover, but RSVP is needed here.

Beginning tonight and every Thursday in October, Coach House hosts Pink Party, raising funds to benefit breast cancer research. There's a $5 suggested donation at the door, plus $1 from every Girlygirl or Lincoln Park Trixie (are people really still saying this?!) martini goes to a non-profit organization. Also, karaoke and those wearing pink get a free gift. 7pm-2am. 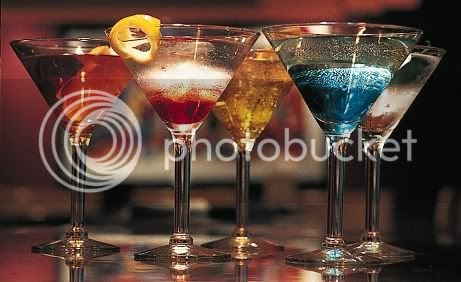 Watching your budget?! A Mano brings back its $5 pizza specials, happening every night in the bar and lounge after 5pm. Specialty pies include traditional Margherita, fennel sausage, prosciutto, house-smoked salmon or grilled seasonal veggie.

Did you know that Saturday is National Vodka Day?! Start toasting today (through Sunday) as the classic Knickerbocker Hotel offers a special "shaken and stirred menu" with vodka-infused cuisine and cocktails in the lobby bar. Chad Willets’ jazz piano plays two sets Friday and Saturday 5-7:30pm and 9pm-midnight.

Local band Lubriphonic, which has been best described as offering a rousing mix of blues, funk and rock, performs at Subterranean. Its members get props for performing with the likes of Koko Taylor, Mary J. Blige, Otis Rush, Buddy Miles and Lenny Kravitz. See what's up before they hit it big. Estelle’s host a pre-party at 8pm featuring $2 beers and ticket giveaways for the show. 10pm. $7.
Served deliciously by 312 Dining Diva at 6:00 AM No comments: