Let's Avoid Another Tragedy This Season Every local news outlet has reported on the tragic death of Megan Duskey, a 23-year-old Crete woman who was a Chicago public schools special education teacher.

She fell to her death Saturday during Surreal Entertainment/Global Adrenaline's Haunted Hotel Ball at the Palmer House Hilton when she attempted to slide down one of the banisters on the mezzanine level.

Reports also say that even though the incident took place at 10:30pm, the party continued until 12:30am when someone was allegedly stabbed and four revelers were sent to the hospital following alcohol poisoning.

This leads me to wonder: Has the partying gotten out of control?! Many events like the "Haunted Hotel Ball" feature open-bar deals—an incentive to get people to attend. They also last anywhere from two hours to six hours, and not everyone can handle their liquor. 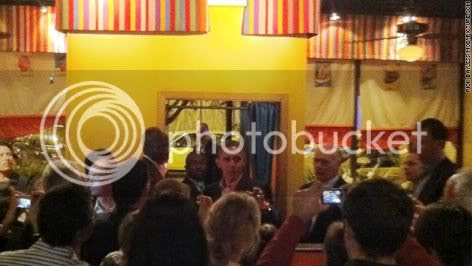 
The Prez was in town Saturday campaigning and made a stop to Rick Bayless's sensational Topolobampo to the delight of diners.

Bayless tweeted the visit after Obama left, and even included a few photos of some of the dishes he served, including scallops and lobster with roasted tomatillos, corn sauce and sweet corn tamales.

Apparently he was bombarded with more than a few people complaining that someone was likely "bumped" in order to accommodate the party because he sent out this missive to detractors: 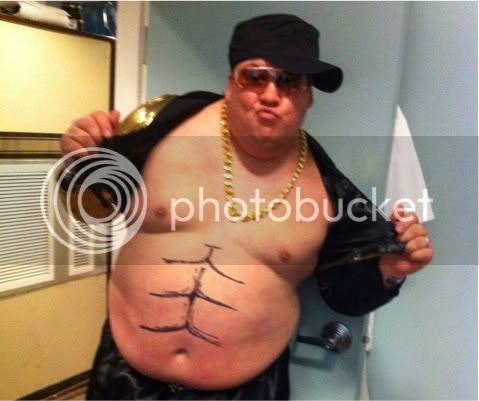 
. . . to change out of his chef whites and into a "Big Situation" costume.

He showed up at Landmark's hard-rockin' party immediately after his shift at his eponymous restaurant in River North.

Served deliciously by 312 Dining Diva at 9:54 AM No comments: