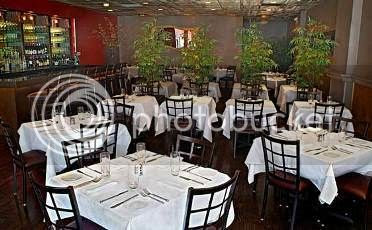 Cafe Spiaggia (980 N. Michigan Ave., 312-280-2750). "One dish outdoes another at Cafe Spiaggia. Gnocchi al ragu di Cinghiale or, 'hand-crafted potato gnocchi with a wild boar ragu and Parmigiano-Reggiano.' Luxurious to the max, the gnocchi sporting a good chew (well-made gnocchi, because all too often potato gnocchi comes out too mushy), the incomparable flavor of the boar ragu gracing each nubbin of pasta just so, so that each part of the dish holds its own."—Pat Bruno (Chicago Sun-Times)

Lito’s Empanadas (2566 N. Clark St., 773-857-1337). "For now, there are a half-dozen varieties of the crispy stuffed savory pastries, including a standout filled with beef, olives, raisins, onion, tomato and potato. And while Escalante may not have a culinary background—he formerly managed an auto-parts shop—he does have the empanada know-how, first learning the basics from a friend of his mother’s in his native Colombia, then perfecting his recipes over the last two years while using friends and family as guinea pigs."—Lisa Shames (Time Out Chicago)

Piatto (5304 W. Devon Ave., 773-467-2000). "In the spirit of the season, I tackled one of (Maurizio) Fonda's specials, a super-tasty pumpkin tortellacci dish with shittake mushrooms and fresh herbs in a mascarpone cream sauce. The pasta was surprisingly light, with its savory flavors balancing out the sweetness of the cheese and pumpkin."—Daniel B. Honigman (UR Chicago)

Wilde Bar & Restaurant (3130 N. Broadway, 773-244-0404). "The standout dish here is the baked macaroni and cheese—and I consider myself something of a connoisseur. Served bubbling hot in its own little crock, this lily is gilded: beneath a layer of toasted bread crumbs, the creamy heart of the dish, corkscrew pasta mixed with bacon and red peppers in a just-right sauce, is damn near perfect."—Rob Christopher (Chicago Reader)
Served deliciously by 312 Dining Diva at 6:15 AM No comments: