Some Tricks Beyond Their Trades . . . 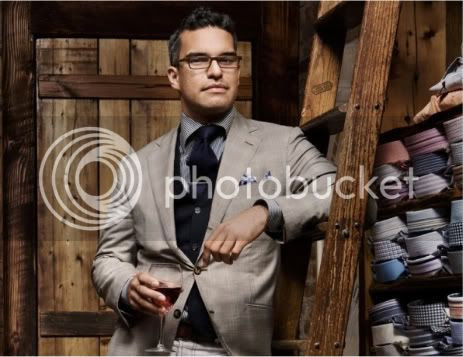 You'd be surprised how much talent runs deep in Chicago's kitchens and bars that goes beyond chosen professions.

Down in Double A, the dapper Victor DeLeon holds down the fort of the city's sexiest tequila lounge. The native New Yorker runs this spot on the level of any well-heeled Manhattan watering hole, but it's his personal style and presence that really got our attention.

Chances are, if DeLeon's decked out in suit, tie and shirt, he's wearing custom-made threads from his line, Niformis (soon to be changed to Victor DeLeon). For eight years, he's dressed New York's movers and shakers, and he would love to do the same for Chicago.

Though Double A doesn't enforce a strict dress code, he'd like to see male patrons step up their wardrobe game.

"Women's fashion in Chicago is on par with New York and Europe, but the men are a few years away," he says. "It looks a little off when women come into Double A well dressed and the guys with them are wearing sneakers or (ill-fitting) jeans."