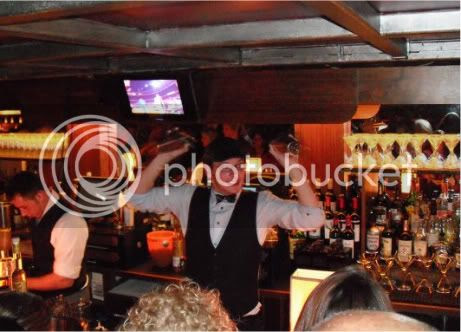 
Relax Lounge has been sold, according to an Ultimate Insider, but it's more interesting to find out who's behind the sale of the West Town tavern.

Our source says it was bought by the owner behind Witt's in Lincoln Park and Jefferson Tap—the West Loop bar that became notorious in 2006 when three off-duty Chicago cops allegedly beat several patrons.

He plans to keep it open until at least mid-March when he'll shut it down to transform it into a new concept. My guess is that it'll be another neighborhood sports bar like his other projects.

Speaking of Relax, former mixologist Zach Friedlander is part of the mixology team at Gilt when it opens Feb. 16. The restaurant has been getting lots of buzz thanks to the resume of owner/chef Brendan Sodikoff (a French Laundry alum), so we're expecting their mixology program to rival the likes of The Drawing Room and The Violet Hour. 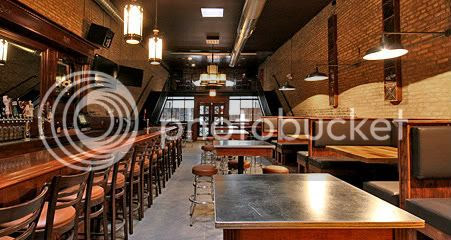 
Also, Alinea's hot shot chef Grant Achatz stopped by brand-new lounge The Exchange to get a lesson in "the history of gin" from mixologist Peter Vestinos on Wednesday. While there, he sampled a number of cocktails, including The Firefly (made with New Holland Knickerbocker Gin, Alpine liqueur, chartreuse, lime, egg white, bitters) and The Challenge (Tanqueray gin, Antica vermouth, cynar).

We're not sure if he tried The Exchange, a smooth sipper comprised of Death's Door vodka and a fruity new soda from Half Acre Brewery that was created by former Alinea pastry chef Mike Carroll.

SmallBar owners Ty Fujimura and Phil McFarland (who are also behind The Exchange) can finally breathe a sigh of relief. Their long-awaited SmallBar Fullerton debuts Friday night.

WhiskeyFest, going down April 23 at Hyatt Regency Chicago, features more than 200 of the world's finest, rarest and most expensive whiskies. High-end rums, tequilas, beer and other spirits will be repped as well. Get tix here.