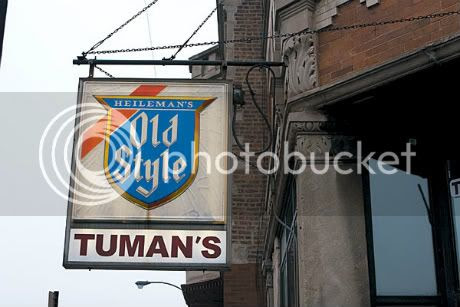 Tuman's photo via Time Out.

Everyone's favorite dive bar may be on everyone's shit list now that word is out about what's going on over at the temporarily shuttered spot in Ukrainian Village.

An Ultimate Insider tells 312DD that the new owners of Tuman's told all the employees "to look for other jobs."

Says my source: "A guy I play football with is friends with [redacted], one of the (now former) employees there. He says that they told him the day they closed for renovations to look for another job."

The new owners have only been in place for a few months and are already making enemies . . .
Served deliciously by 312 Dining Diva at 10:43 PM 1 comment: 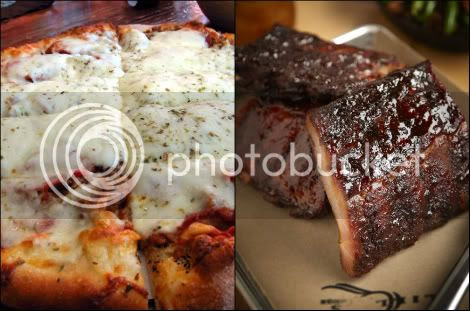 The ingredients on this masterpiece are off the hook: Lillie's Q's award-winning pulled pork is smoked over peach wood for eight hours, then Lillie's Q's Hot Smoky sauce is folded under the cheese with Lillie's Q's Carolina Dirt rub and a bit of coleslaw sprinkled on top. Get the 12-inch pie for $22; 16 inches is $27.