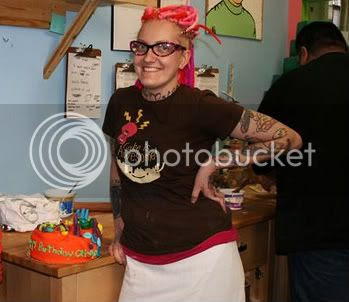 
The Stew and other food-focused blogs wrote about the health department's temporary shuttering of Bleeding Heart Bakery.

But this afternoon, owner Michelle Garcia released this statement:

"It was reported yesterday, 2/9/09, that the Chicago Health Department conducted a routine inspection of Bleeding Heart Bakery, resulting in its closing due to clogged sinks, no manager on duty and overflowing garbage in the alley. The blogs, internet and news has run am muck with the story and many speculations and slanderous comments have been made.

We are writing this statement to put a stop to the rumors and to state our side of the story, which not one reporting agency, besides the Booster, has bothered to ask.

On Sunday night, after service, our kitchen sink became clogged, once noticed in the morning, the sink was covered and not used. The hand sink near by was affected and was also closed. These are two of 6 sinks we have in the bakery, three of which are hand sinks. This in no way said that we were not either washing our hands (as there is a sink 15 feet away for that) or our dishes. We were not actually open and no food could have in anyway been affected. Drano (yes, I know...bad) had already been purchased and cleared the drain in minutes. Problem solved before 11am.

We get our trash serviced every Monday by Waste Management. They usually come around 10 am which they did yesterday. As our inspection was between 8 and 9, the garbage was not emptied yet. We pay for this service and they come faithfully every week.

There were two members of the staff present both of which had their sanitation license, they were not asked for it. However, the bakery was cited for not having a staff member with their sanitation license present. The owner, Michelle recently had surgery and had to run out for 1 hour to a post op appointment. This one hour just happened to be the hour the health department showed up. Interesting.

We have always prided ourselves on our cleanliness and have supported an open kitchen from the very beginning to prove we have nothing to hide.

We apologize for any problems this may cause people, we have already gone back to the city and will be re-inspected within 48 hours, which is routine procedure. We will be open for business this weekend or sooner, without a doubt, and we will be celebrating another wonderful Valentines Day."
Served deliciously by 312 Dining Diva at 12:42 PM No comments: 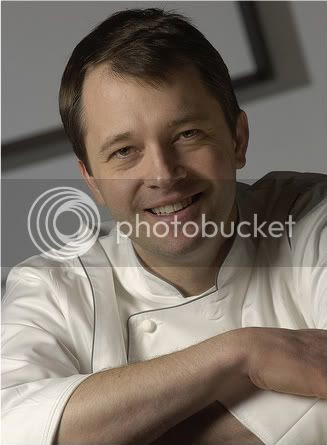 James R. Lasky (Restaurateur): "Stoked for 63 degrees. Chaise will have a few outside tables ready for those who dare!"

John Ross (Owner/The Bristol): "Me and the redhead are reworking the drink menu to get our fabulous guests drinks faster....times are tough they need drinks (now)."

Paul Virant (Owner/Chef Vie): "Going to check out a restaurant space downtown (Tuesday) am."
Served deliciously by 312 Dining Diva at 6:50 AM No comments: 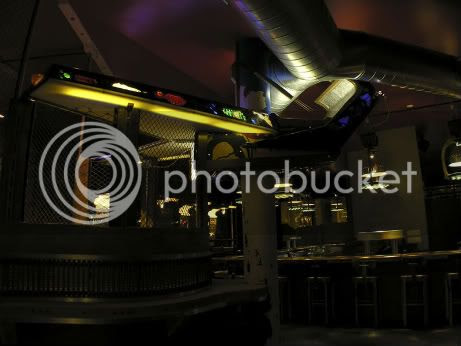 
We haven't hung out in Pilsen in years, but Thrillist's take on newcomer Simone's Bar makes it tempting: