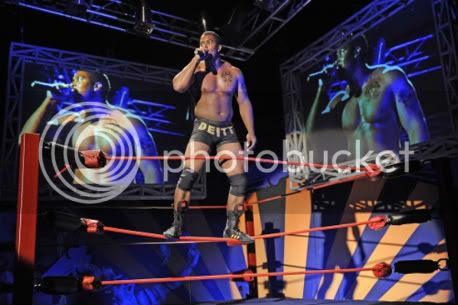 
Cotton Patch Gospel at Provision Theater. You've only got a few weeks to check out this award-winning musical set to bluegrass. Through Nov. 8. Get tickets here.

Kohan Japanese Restaurant. You'll find an extensive list of sushi specialties, so best bet is to order the Omakase Boat ($34) for two, which comes with the chef's choice of five pieces of premium nigiri, seven pieces sashimi and a signature Caterpillar roll. Also: $5 martinis and cocktails Friday and Saturday; $3 12 oz Japanese beer Sunday.

Tufano's Vernon Park Tap: Got a big group? Tell 'em you're dining "family style" at this classic mom-and-pop Italian eatery and your bill will likely be less than $25 per person. Cash only.

Gemini Bistro: In an area full of super casual options, Jason Paskewitz's semi-upscale newcomer comes as a nice surprise. Neighborhood favorites in this months-old spot include the duck confit nachos ($11), a creamy risotto (get generous half order for $10) and organic chicken with crispy skin for $17. It's four blocks away, so luckily they offer valet service.

Smoke Shack: Located only a block from the theater, this BYO BBQ joint is definitely worth the walk (especially if you're driving and don't want to move your car). It's open until 5am on weekends, so you don't have to rush right over immediately after the show. Your best bet is to order Taste of Smoke Shack ($15.75), which comes with two St. Louis ribs, two baby back ribs, 1/2 pulled pork, 1/2 brisket and Argentine chorizo with chimichurri.

Soiree: Get half off on appetizers (including grilled calamari, sauteed shrimp, eggrolls, sausage and peppers), as well as $3 beer and $5 cocktail specials every Friday and Saturday. Deejays spin on weekends.


Salem! The Musical at Annoyance Theatre. The bewitching musical set in the Puritan town of Salem in 1692 is ideal for your pre-Halloween celebration. Oct. 23 and 30. Get tickets here.

Fat Cat: Fridays wouldn't be the same without at least one fish fry, right?! They're doing an all-you-can-eat deal that comes with Icelandic cod dipped in Rogue Dead Guy Ale beer batter and served with a baked potato or hand-cut fries and slaw. $11.95.

Fiesta Mexicana: Most items are under $10 at this Uptown fave, but we especially love the idea of Super Tacos in a double tortilla. Choose from chunks of pan-fried pork, grilled skirt steak, or steamed pot roast with guacamole and pico de gallo.
Served deliciously by 312 Dining Diva at 10:17 AM 1 comment: