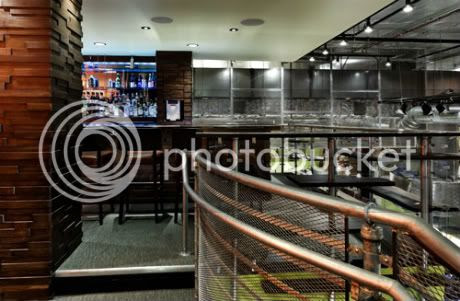 Cocktailing, a little couture and River North's newest burger bar are on my mind this week:

Californian Tim Goodell was named a Best New Chef by Food & Wine in 2000, and now he's making his mark in Chicago with a burger concept. 25 Degrees boasts a number of signature sandwiches and boozy sippers. We're especially excited about the decadent-sounding #2, which comes with roasted tomato, crispy prosciutto, burrata and pesto. Um, yum. You also have the option of "crafting" your own burger from a selection of meat, cheeses and sauces. Also looking forward to sampling the Salty Caramel "spiked" milkshake with Bulleit bourbon, butterscotch, vanilla bean ice cream and Hawaiian red sea salt.

Chicago q fetes its first year with its very own private label bourbon. q Bourbon is distilled by Evan Williams and single-barrel aged for 10 years. You'll be able to get it in $2 pours, served on a silver tray, neat, accompanied by a rocks glass with a house-made 1.25-inch ice cube and an eye-dropper filled with distilled water. The special bourbon will also be used in a refreshing Ginger Fizz for $5. It's available Sept. 4-10.

More than 40 of Chicago's most influential women will walk the runway during a fashion show at the Palm Court at The Drake. If you want to know what you should be wearing this fall, you'll want to be here. Fashions from Bloomingdale’s, Mark Shale, L.K.Bennett, Karen Millen, Club Monaco and more. VIP ($50) and general admission ($25) tickets are available here. 6-8pm Thursday.