The lowdown on the Lollapalooza parties 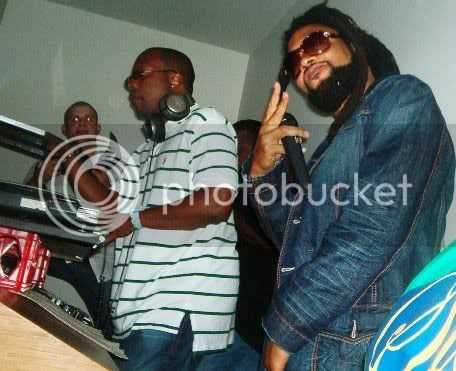 
Even I—the self-proclaimed professional party girl—couldn’t keep up with all the pre- and post-soirees surrounding Lollapalooza, so I had to enlist the skills of my intern to help me scope the weekend scene.

Never had I witnessed so many night spots jump on the bandwagon for one single event. Last year it was only a select few venues “hosting” big-name Lolla artists such as Kayne West (by the way have you peeped his new Absolut vodka commercial?!) and Amy Winehouse. This year, however, it seemed like every few minutes I received an email of some bar announcing that they were the “official” after party for artists I’ve never heard of.

So let’s take a look at who was hot—and yes, who was not:

Thursday: Though we missed out on the GALApalooza festivities—which kicked off Lollapalooza and benefited the Parkways Foundation—most of its revelers made their way to GenArt’s party for the dynamic photog duo of Tyler "Tyliner" Curtis and Matt Reeves as darkroomdemons.com. They were celebrated at the W Lakeshore Hotel as the country's hottest party photographers. As guests gazed at their photos ranging from rock concerts to the various celebrity events they've been known to shoot, local spin master Matt Roan cranked out beats from hip-hop to hard rock. 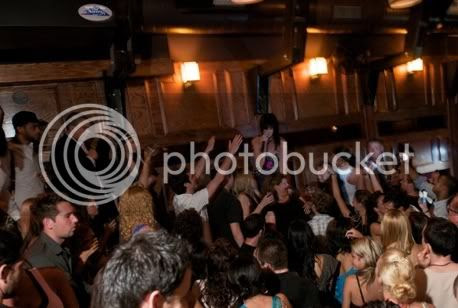 Katy Perry, shown here performing her hit single "I Kissed a Girl" at Manor, also performed at Underground over the weekend. (Photo: Darkroomdemons.com)


After that was hands-down the best deejay event of the weekend: DJ Jazzy Jeff (of the “Fresh Prince” fame) hit up Warehouse District lounge Lumen for an authentic New York-style party. Accompanied by MC Yameen The World—who worked the mic all night—Jazzy Jeff worked grooves ranging from old-school R&B and hip-hop to new soul and funk.

Underground was of course a cluster$@&*# to get in, and after five minutes of waiting we got inside just in time to miss Katy Perry (“I Kissed a Girl”) finish her performance. We hear that the many fashionable females who came out for the show were singing along to her hit summer song, and they didn’t stop there as they danced around to the usual mashups expected at this River North bar.

Friday: The EastSport Cafe at the Hard Rock Hotel, hosted by EastSport and the Ben Jelen Foundation, introduced music and media tastemakers to the next big Indie acts. Particularly spellbounding was Krista, a Brooklyn native coming out soon on J Records. She’s a cross between Alanis Morissette, Alicia Keys and Missy Elliott, with a voice deftly flowing from a soft, sexy lull to an "I Mean Business" rap swagger. 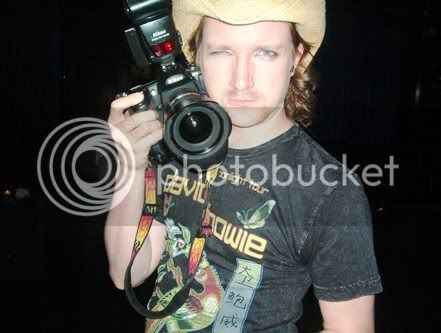 
The hyped-up affair at Crimson starring Samantha Ronson also brought out her, ahem, girlfriend b.k.a. Lindsay Lohan as well as her superstar deejay/producer brother Mark Ronson. Samantha wasn’t on her usual game as her mixes were sporadic and her technical skills not as crisp. I’ll give her a pass this time because the entire night she had a crowd of patrons just a few inches from her face as she tried to work. They attempted to snap shots of her and her starlet friend, but security blazed flashlights in folks’ faces all night. Really, who could work under those circumstances?!

Saturday: Another major event—billed as “Moby’s only Chicago performance this summer”—brought out some of his biggest fans to Vision. Most left disappointed, however, as there was no transition from the opening deejay to the main attraction, with no introduction and basically the same beats. This party was filled with mostly folks who were out at Lolla all day, so you’d think that Moby of all people would’ve stepped up his game a bit.

And finally the biggest disappointment of the weekend was the “official” Lollapalooza after-party featuring Perry Farrell, Deadmau5, Steve Smooth, Danny Masterson, Does It Offend You, Yeah and others. The private affair was promoted all over the Internet as being held at Golan Studios in West Town, and then at the last minute changed its location. After panicked attempts to move it to NV, Vision and Sound-Bar, the promoters decided to pull the plug, leaving perplexed partiers all over the city angry as hell.—Additional reporting by Suzy McMillen
Served deliciously by 312 Dining Diva at 4:57 PM No comments:

It's icky outside, so why not relax at home and order in from these neighborhood favorites:

Berry Chill: If you live in the downtown area (River North, Streeterville, Gold Coast, Loop), you're lucky enough to get the fab froyo delivered to your home. They dry ice pack it so that it's as fresh and frozen as if you ordered it at the store.

Irazu: The cheap Costa Rican restaurant's been around since 1990, but only recently have they started delivery in the West Town area. Order one of the specialty dinners (comes heaving with rice, plantains, meat and beans), burritos, tacos or a number of vegetarian dishes. Cash only.

Penny's Noodle Shop: All four locations (Bucktown/Wicker Park, Lakeview, Lincoln Park, Oak Park) of this Asian neighborhood gem deliver, thankfully, so you're free to load up on carb-i-licious dishes like the spicy basil with chicken, sesame beef noodle or Thai ravioli (with shrimp and pork dumplings).

Oggi Trattoria: Classic Italian cuisine, ranging from thin-crust pizzas to homestyle pastas and panini, is what you'll get at this quiet neighborhood eatery in West Town. The prices are unbelievably cheap, and one of the house specials, Spendi (Sicilian shish kabob made with thinly rolled beef stuffed with seasoned bread crumbs and tomatoes), should not be missed.

Red & White: The owners at this late-night wine shop in Wicker Park will help you pick the best possible vino, then deliver it to your home by bike.

Reza's: Get your kabobs Persian-style from this long-time Mediterranean restaurant in Andersonville. In addition to salmon, chicken and filet mignon, you'll also want to go for the yummy charbroiled quails paired with mounds of dill rice.

Tank Sushi: For sushi in Lincoln Square, this colorful spot cannot be beat. And unlike some popular sushi restaurants, they manage to deliver theirs just as fresh and crisp as though you were dining in.
Served deliciously by 312 Dining Diva at 9:04 AM 2 comments: