Achatz takes on the Big Apple 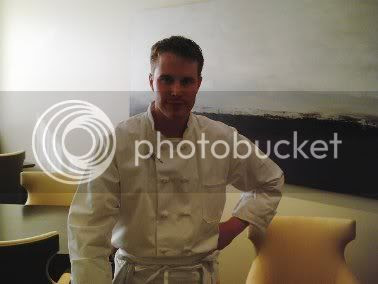 Eater is reporting that our very own Grant Achatz of Alinea fame is teaming up with the legendary Thomas Keller this fall to host three, 20-course dinners at Per Se, Alinea (Dec. 2) and The French Laundry.

Of course, it's NOT cheap: Each event seats 65 diners and runs $1,500 a head. I guess the economy's not affecting everyone.
Served deliciously by 312 Dining Diva at 6:32 AM No comments:

Mmmmm, cheesecake . . . and other sweet stuff 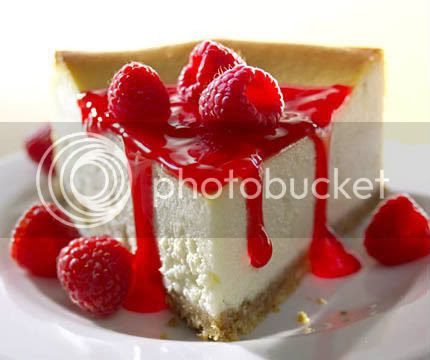 
Last weekend's weather was pretty freaking bad, so let's thank our lucky stars that it'll be 80 degrees and sunny for the next few days. Especially since we've got some fabulous outdoor festivals happening, including the annual Eli's Cheesecake Festival, Hideout Block Party and Lizzie McNeill’s Half Way to St. Patrick’s Day Festival.

Whatever the case, whether you're hanging on a rooftop lounge or kickin' it with a cold one in a divey beer garden, it's time to get busy:

SecondCityStyle.com hosts some sort of "fashion bday bash" for its third anniversary at W Chicago - City Center. Will there be cake?! Dunno. But they will have comped cocktails, apps, fashion-focused party games and clothes galore. 6-8pm. No cover, but RSVP to chic@secondcitystyle.com if you want in.

Another after-work gig takes place at Fleming's, as Maven throws a party to help you unwind for the weekend. Guests get discounted appetizers and free wine, including the very cool-sounding Hey Mambo Sultry Red Blend and Hey Mambo Swanky White Blend. 6:30-8pm. No cover.

If you're feeling lucky, head over to Lizzie McNeill’s for the fifth-annual Lizzie McNeill’s Half Way to St. Patrick’s Day Festival. The block party happens all weekend right in front of the bar, featuring live music from U2 tribute band Elevation, as well as bagpipers and other local artists. Food and drink vendors will be on hand, with a portion of the proceeds donated to the Special Olympics. 3-11pm Friday; 11am-11pm Saturday; 11pm-5pm Sunday. No cover. 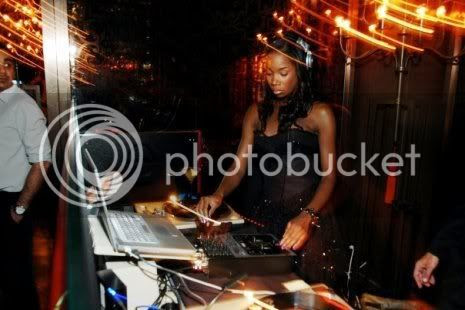 
Hothouse is back with the 10th-annual World Music Festival, occurring at Uncommon Ground through next Wednesday. Highlights include Desafinado, a six-piece ensemble playing Samba, Bossa Nova and Musica Popular Brasileira at 10pm Friday; the multi-national Seckou Keita Quartet performing Saturday at 10; and Sunday's 8pm show with Alex Cuba working it out with Afro-Cuban beats. $10 donation suggested.

Get the girls together for Manicures, Massages, Martinis's and More...., happening at Max Bar. Event includes three hours of open bar and spa services. 7-10pm. $30.

Hyper Crush hits Lumen with their '80s style of electro, doo-hop and more. Wear hyper colors (yes, glow, baby, glow!), and get ready to take it to the next level. 9pm-2am. No cover before 10pm.

Sitting around twiddling your thumbs trying to find something to do in the middle of the afternoon?! Head over to Red & White for the weekly wine tasting. Every Saturday, the owners bring in a winemaker and generously pour several bottles of little-known vinos that you're certain to appreciate. This week, they're exploring Austrian juice with five different varieties. Light snacks, too! 2-5pm. Free.

Oktoberfest is here! Sheffield's does it up in classic and contempo fashion with German-style music, food and beer on its notoriously large beer garden. Guests will be treated to six of Sheffield's best craft beers, live music from The Polkaholics and an unlimited brat station complete with the works. Noon-6pm. $25.

And sadly, you know it's officially the end of the summer when the Hideout Block Party rolls around. The two-day festival held directly in front of The Hideout is loaded with worthy music acts ranging from the super Indie Plastic People of the Universe to big-name bands like The New Pornographers. Check the site for the entire sked here. Gates open at 11am Saturday; noon Sunday. $25 or $45 for a two-day pass.
Served deliciously by 312 Dining Diva at 6:00 AM No comments: