Do you know Gnocchi?! 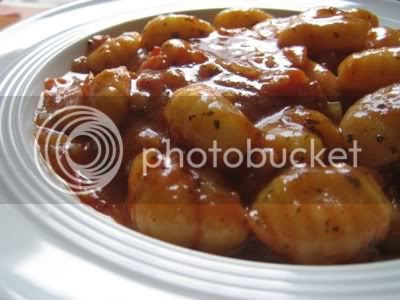 If you think you've got some serious culinary skills why not show them off in a new contest hosted by Gold Coast Italian eatery Pane Caldo?!

Through Sept. 8, amateur chefs can submit original recipes for gnocchi, along with a short story on what makes it special, for a chance to win a grand prize of an all-expense paid trip for two to Italy.

Email recipes and stories here: gnocchibattle@pane-caldo.com
Served deliciously by 312 Dining Diva at 10:50 AM No comments: 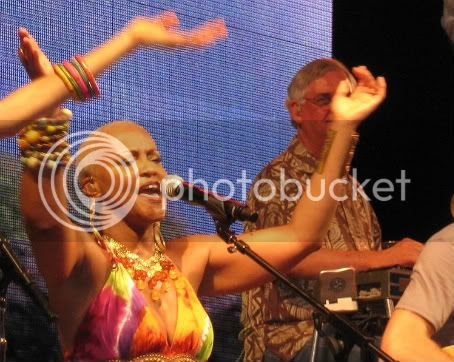 
The very versatile Nadirah Shakoor’s had quite a career.

She started off as the lead singer for Southern hip-hop group Arrested Development, and then toured with the likes of Madonna, Al Jarreau, Paula Abdul and Quincy Jones. But right now she’s best known as the featured female vocalist for Jimmy Buffett's Coral Reefer Band—where she’s been since 1995.

The band’s in town this weekend for a show at Toyota Park, but if you’re not much of a Parrothead and more of a househead, you can catch her live at Cuatro, where she’ll headline Groove Parlor’s seventh anniversary party.

Expect her to perform some of her now classic underground house songs (Just a Breath Away; Love Song) she collaborated on with Osunlade, an amazing, well-known producer who’s had a string of hits on his Yoruba Records label.

If you’re not down for that other big music event happening this weekend, there’s so much more . . .

It's a peachy state of mind over at sola, where the prime ingredient of the month is the juicy fruit that's now being snapped up at farmers' markets across the city. Owner/Executive Chef Carol Wallack has created mouth-watering peach-infused dishes that you can enjoy in the stylish dining room or on the patio. You can also indulge in Wallack's award-winning Wagyu burger, which is only served on Thursdays and Sundays. It's made with cambazola cheese, house-made bacon, caramelized onions and arugula squeezed between a chewy pretzel roll.

For those who'd rather sip beer than bubbles, Duchamp hosts another Heineken Light Summer Series on the patio. What a way to wind down after work with a burger or flatbread, plus you'll get free Heineken for three hours. 5-8pm. Free.

one sixtyblue rolls back to Restaurant Week with a special three-course menu until Aug. 21. For $28, diners get several options to choose from, including crispy free-range chicken, grilled flat iron steak or saffron linguine. 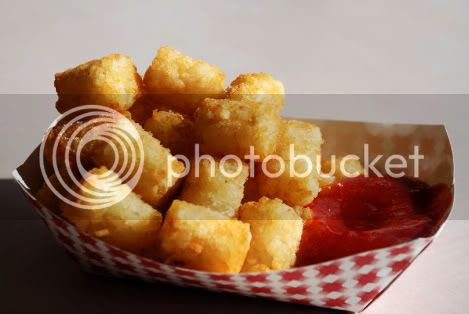 Everyone loves tots! The third-annual Tater Tot Trot happens in the Southport Corridor. Kicks off at 4pm at Schoolyard Tavern and Grill. No cover.

It's only been open for two weeks, but the brand new Orange on Grand Avenue seems to already be a staple in its hood. It offers the same breakfast items as its Lincoln Park, Roscoe Village and Lakeview counterparts, however, this location also serves as a late-night hangout, offering bar snacks Thursday through Saturday until 4am.

If you've got a couple of amazing bottles you've been saving for a special occasion, it's time to pop the cork during Sip & Savour Sundays at Osteria Via Stato. The BYO event includes no corkage fee, but it's limited to two bottles per table in the dining room or adjacent pizzeria.

And In Fine Spirits Lounge showcases the sustainably produced Death's Door white whiskey, gin and vodka at the Monday night tasting. Guest bartender Peter Vestinos will be on hand with sample cocktails. 8-10pm. $15.
Served deliciously by 312 Dining Diva at 7:18 AM No comments: