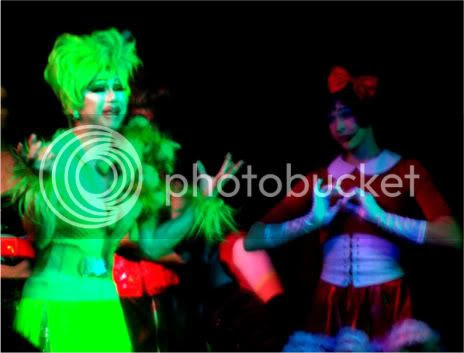 "Snow White and the Drag Queen Who Stole X-Mas" is playing at Hydrate through Saturday. (Photo: chicagostagereview.com)


Burlesque Is More at Annoyance Theatre. If visions of girls in racy, retro outfits get you in the holiday spirit, you don't want to miss this campy improv show. Modeled after Late Night Tit-Bits. 10pm Saturdays through Dec. 19. Get tickets here.

Marigold: Spicy signature cocktails and microbrews pair well with Naanwiches, an Indian take on classic American sandwiches. How about a Spiked Mango ‘Lassi, made with Marigold’s special Cardamom-infused vodka, Prosecco and mango nectar?!

Wild Pug: You're in luck if you decide to hit up the show on Dec. 19. Head here first for its anniversary and Christmas party and get free drinks and food from 7 to 9pm, plus $1 cocktails and beer all night. If you're going this weekend, get ready for the usual offbeat antics and $4.50 shots of Jager, Bacardi O, Barcardi Razz or Effen Black Cherry. 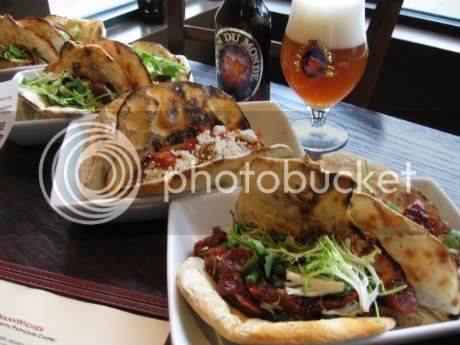 
It's a Wonderful Life: Live at The Biograph! American Blues Theater is behind Frank Capra's timeless masterpiece now playing at Victory Gardens Studio. No intermission. Thursday through Dec. 27. Get tickets here.

Gemini Bistro: A new three-course, prix-fixe menu is offered for $33 ($55 with wine pairings) from 5-6:30pm. That means you'll have to hoof it over there early to get the deals on lobster bisque, Maine lobster ravioli, steak frites and the Gemini signature eight-ounce prime beef burger. It's four blocks away, so luckily they offer valet service.

Ringo Japanese Restaurant: We're not big fans of all-you-can-eat sushi, but Ringo gets a pass because you can always count on their sushi being super fresh. So, go ahead and gorge on the good stuff for $22.50. In order to get the deal, your entire party must participate (go to website for coupon).


Snow White and the Drag Queen Who Stole X-Mas at Hydrate. Leave it to Boystown to twist the classics of our childhood. This time, it's a timeless tale of Snow White, her seven Drag Queens and a vicious Grinch hitting the stage with a bunch of hilarious numbers. 9pm Friday, Saturday. Get tickets here.

HB Home Bistro: If you're a regular at this popular BYOB, you already know that some of the best items are not even on the menu. Just let your server know you're down, and you'll be in for a treat!
Served deliciously by 312 Dining Diva at 11:00 PM No comments: