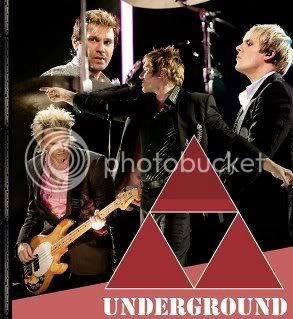 Pop legends Duran Duran hit Underground (56 W. Illinois St., 312-644-7600) Friday, Dec. 14 for the official after party of their new CD, Red Carpet Massacre. RSVP at enlist@theundergroundchicago.com for guest list ASAP. Doors open at 10pm, but don't expect them to get there anytime before midnight.

Hope Simon Le Bon is on his best behavior this time around; the last time I saw him at a club (Narcisse, RIP), he was acting like he was "Hungry Like The Wolf."
Served deliciously by 312 Dining Diva at 1:32 PM