graham elliot, others coming your way 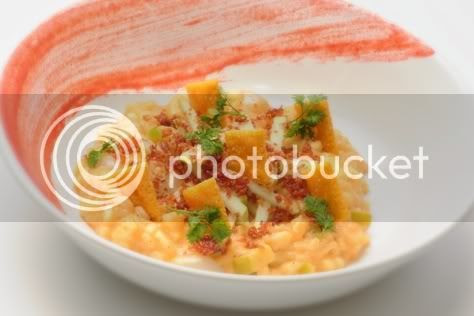 graham elliot's Cheddar-apple risotto (with braised onion, green apple, Wisconsin bacon and Cheez-its) is one of the entrees on the menu. (Photo: graham elliot)

Moderately priced Italian eatery Piccolo Sogno is expected to open on July 16, according to chef/owner Tony Priolo, who was the former exec chef at Coco Pazzo.

And we're sending out good vibrations for the June debut of Logan Bar and Grill in Logan Square. It's the latest project by the owners of Northside and Black Beetle.
Served deliciously by 312 Dining Diva at 8:34 AM