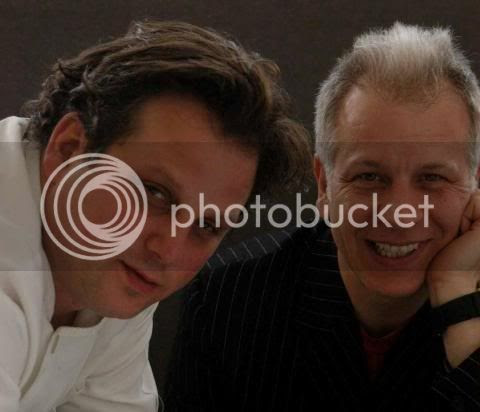 Paul Kahan and Donnie Madia are part of the team behind new beer-focused eatery The Publican, set to open on Aug. 18. (Photo: Michael Stryder)


Dynamic dining duo Donnie Madia and Paul Kahan first took food on a stylish new adventure more than 10 years ago with Blackbird. Then came the upscale "peasant food" place paired with wines called avec. But they didn't stop there: Next up was their cool, music-focused lounge Sonotheque—spearheaded by offbeat music maestro Joe Bryl—and 2007's sensational The Violet Hour, where guests indulge in hand-crafted cocktails without the annoyance of buzzing cell phones.

And while all of these ventures have been super successful, none have been as full of drama as their beer-focused, Warehouse District project that's gone on for months without a name. The concept, chef de cuisine (Brian Huston) and location have been in place since last year, so what's up?!

Did owners Paul Kahan, Donnie Madia, Eduard Seitan and Terry Alexander withhold that name to create suspense or did they simply just did not have one? Just this week, the guys got together and decided to anoint it The Publican, which is scheduled to open on Aug. 18. So there you have it!
Served deliciously by 312 Dining Diva at 9:35 AM