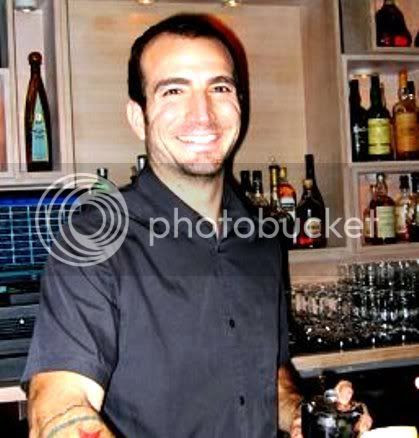 The Drawing Room's Charles Joly beat some stiff competition to win a bartenders' contest for 42 Below Vodka.


Some of Chicago's top mixologists competed in 42 Below Vodka's Cocktail World Cup Tuesday, but only one came out on top.

Charles Joly of The Drawing Room went head to head with stars from some of my favorite bars, including Nacional 27, Martini Park, The Violet Hour, Sepia, Japonais, NoMI and Swig, in front of a crowd on Citizen Bar's deck.

Though I wasn't a judge, I sat close enough to the stage to sneak tastes of some of their cocktails and was pretty impressed with this honey-flavored spirit from New Zealand. Their mission was to create a signature cocktail for the company, and Joly's winning 42 Bees Martini—made with fresh ginger puree and accompanied by a friend dressed as a bumblebee holding cue cards—stood out from all the rest.

His prize?! A free trip to New Zealand to compete against bartenders from all over the world. Good luck!
Served deliciously by 312 Dining Diva at 9:39 AM