The secret to a red-hot summer?! 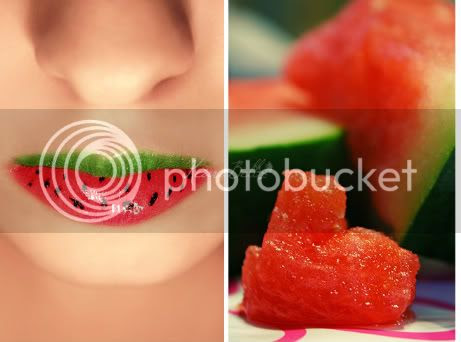 Here's something to toast to: The Chicago Tribune reports that watermelon contains an ingredient called citrulline that can trigger production of a compound that helps relax the body's blood vessels, similar to what happens when a man takes Viagra.

So drink up this weekend with these watermelon-infused cocktails (you may need two or three!) at several local hot spots:

DeLaCosta: The Watermelon Muddle at this sexy Latin supperclub is an offshoot of a mojito with vodka, fresh watermelon, lime juice, soda water and crushed ice.

Kit Kat Lounge and Supper Club: Sit on the garden-like outdoor patio right off bustling Halsted Street and sip the Watermelon Martini, made simply with vodka and watermelon liqueur.

one sixtyblue: Guests can settle in at the bar for BARBQ for special summer dishes and end the night with fresh, cooling desserts like iced watermelon with a selection of spiked sorbets.

Plan B Bar + Kitchen: The hip Wicker Park bar and eatery offers two watermelon-flavored drinks. Do a Melon Drop shot (with Watermelon vodka, fresh lemon juice and a touch of sugar) or sip on the Watermelon Martini (a Jolly Rancher-style drink with Watermelon Pucker, Ketel One Citroen vodka and garnished with a watermelon slice steeped overnight in Van Gogh melon vodka).

Sushi Samba rio: Get down with some Samba Juice, which explodes in a burst of raspberry-infused rum, watermelon-flavored rum, acai, passionfruit, crème de banana and guava.
Served deliciously by 312 Dining Diva at 9:52 AM