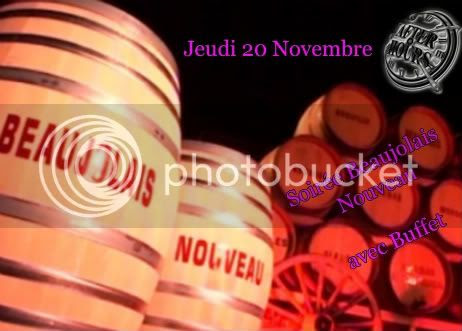 It's finally time for the big release of the French vino Beaujolais Nouveau, which makes its annual debut at midnight. Several local spots celebrate the festive occasion of the boutiful red wine, but we're all about the party happening at Madame Tartine. Not only will diners and guests be able to partake in a complimentary glass of the vino, but they'll also get to mingle with the ladies of Maven, which hosts its weekly Diva Series. Tonight's honoree is Alphawomen.com, a community-based web site where women sound off on just about everything under the sun. That happens 7-11pm, with comped champagne cocktails until 8pm. No cover.

Prosecco's been doing budget deals all week for dinner and lunch, and even wine director Christian Fox Hood has been offering 10 percent off on all glasses and bottles of wine. Also get up to 15 percent off the average meal, with selections like risotto crab cakes and grilled wild salmon.

There's still time to RSVP for the Bacardi Flavor Exchange happening at Bon V. You'll get to sample all the various flavors with signature cocktails, mingle with a sexy crowd, and jam out to the resident deejay. 9pm-1am. RSVP info here. 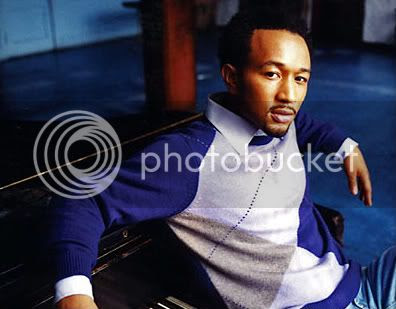 We love craft beer tastings around here, and Lush Wine and Spirits plans an after-work event certain to get you sudsy. They're pouring special releases, seasonal and holiday favorites. 5-8pm. Free.

John Legend should really think about buying a place in Chicago because he's here all the time! The R&B super star makes a stop at the Chicago Theatre as part of his world tour, and he'll also take time out to host an after-party at Vision. Also, check out local spin stars 33 & 1/3, Wicked Prince, Legacy and Mark Fullaflava, who'll be cranking out the best in R&B and hip-hop. 10pm-4am. Cover varies.

Are you checking out the Festival of Lights?! After freezing your ass off for a couple of hours, you'll be thankful for the toasty environs of the David Burke’s Primehouse lobby bar. They're pouring Belgian hot chocolate, Hot Toddies and champagne cocktails paired with comped Kobe beef crostini, crabcake truffles, lobster fries, Kobe corn dogs and Angry Shrimp. 11am-11pm.

And also to get you in the holiday spirit is a tasting at Volo in Roscoe Village. Indulge in select boutique wines paired with appetizers inside and out on the rustic, heated cabana patio. Stick around for dinner! 3:30-5:30pm. $20.
Served deliciously by 312 Dining Diva at 6:55 AM

A-
You totally rock! Thanks for the update and reminder that this weekend is the Festival of Lights parade at 6PM...
Always fantastic. Keep up the good work! Laura