For the Fellas (so single ladies know where to go!) 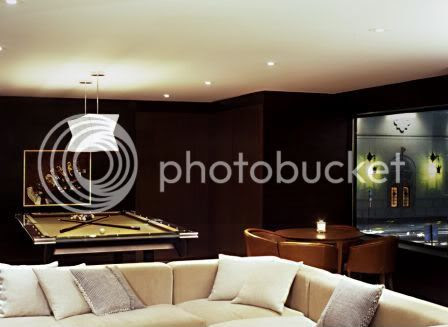 The James Club, at the James Hotel in River North. (Photo: James Hotel)


March Madness's officially on for the NCAA basketball season, and everyone's scrambling on where they're going to watch the games.

If you don't want to get caught up in the mayhem, we suggest reserving The James Club, tucked inside the James Hotel.

The venue's typically used for private dinners and small board meetings, but you can have it for your very own March Madness viewing party for free (with a minimum of 15 people; $65 per person). The personalized wet bar, leather-rimmed billiards table, free Wi-Fi, plasma screen and lush, oversized furniture are just some of the perks.

Here's where else to go on this very guy-centric weekend (where the guys go, the girls will certainly follow!):

Award-winning British ale B United makes a rare appearance in a Chicago venue, and Roscoe Village's Lush Wine & Spirits gets the honor. A few spaces are left for guests to indulge in sampling, food and words from a rep. 7-8:30pm. $15; RSVP required.

Celebrated Nacional 27 mix man Adam Seger's monthly happy hour class is back, this time focusing on "spice and ice" cocktails. He'll show you how to make his Mango-Ginger-Habanero Daiquiri and Chadwick Mojito. Appetizers and recipe cards, too. 5:30-6:30pm. $15.

Ultimate bro-mance flick "I Love You Man" hits theaters Friday, but you and the boys might wanna check out the specially themed party at Sheffield's before going. Somehow tonight was tagged National Man-Date Day (WTF?!), so they're doing it up big with "man trivia," a “Rock, Paper, Scissors” tournament, $4 bromance shots and more. Oh, and the grand prize for the tournament is a "beer bouquet." O-kay. 9pm-midnight. No cover.

Who needs the Pussycat Dolls when Le Passage has The Dollhouse?! Think sexy burlesque dancers and $200 bottles of Snow Queen vodka. And if you arrive early (10-11pm), they'll pamper you with complimentary cocktails. DJ Adrie Marie spins hip-hop. 10pm-4am. RSVP to LPinfo@lepassage.com for guest list.

NYC electroclash duo Fischerspooner spins a one-of-a-kind deejay set at Debonair Social Club to support Chicago-based environmental cause "Dude We Can Fix It." The group's raising funds for "We Can Solve It," the Al Gore organization with the goal of having America's electricity generated from non-fossil fuel sources within 10 years. 9pm-2am. Donation. 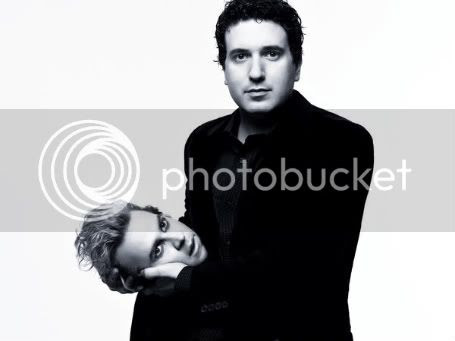 More shopping on tap over at Funkshion (2121 W. Division St., 773-697-4119) in Ukrainian Village, where you can get cardigans and blazers at 70 percent off. You can also rifle through their new spring line of men's styles (and women's) as DJ Ben Castaneda spins in the corner. Guests will also be treated to an open bar 7-11pm. The after-party happens at Bon V (mention "Funkshion" for free admission). 9pm-3am.

The Publican's first-ever brunch last Sunday was a little shaky, yet a major success as executive chef Paul Kahan twittered the entire service to the delight of hundreds of hungry fans all over the country. We think it'll be even more crowded as folks come in for the Beer Mimosas, Scrapple & Sunnyside Eggs and house-cured smoked bacon. 10am-2pm

Newcomer Feast Gold Coast delves right into brunch service with Eggs Royale (poached eggs and smoked salmon on an English muffin with hollandaise and caviar) with a glass of Luis Pato Sparkling Rosé Brut for $20 and a classic Hangover Helper (a.k.a. Bloody Mary). 10am-3pm

Warrenville's Two Brothers Brewery hosts a tasting at Bluebird, highlighting the full lineup of all their beers. They're also bringing in a special pin firkin (5 gallon keg) of just-released Bare Tree Barleywine, plus reps will be on hand to answer questions. Brats and snacks will also be served. 7:30-9:30pm. $25; RSVP required.
Served deliciously by 312 Dining Diva at 6:00 AM