The Best Pizza in America?! 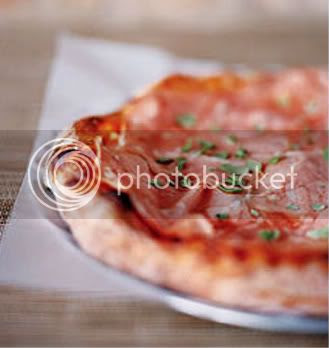 Great Lake's Mortadella Pie is the number one pizza in America, according to GQ magazine. (Photo: GQ)


GQ food writer Alan Richman seems to think so about Andersonville newcomer Great Lake, whose Mortadella Pie topped the list for the Top 25 Pizzas in the country in the June issue:

"[Nick Lessins's] cheese pie, prepared with fresh mozzarella made in-house, grated Wisconsin sheep’s-and-cow’s-milk cheese, and aromatic fresh marjoram instead of basil, was slightly shy of unbelievable. The next day I returned to try the same pie topped with fresh garlic and mortadella, the dirigible-sized Italian sausage that looks like bologna, tastes like salami, and is usually cut into chunks. He sliced the meat very thin and laid slices of it over the pie the moment it came out of the oven. The mortadella, with its combination of burliness and creaminess, was a meaty addition to the earthy, bready crust. This pie—creative, original, and somewhat local—represents everything irresistible about the new American style of pizza-making."